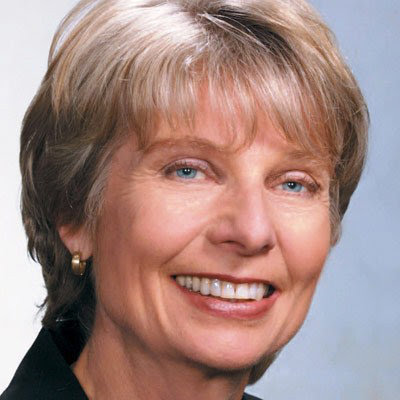 Eleanor Clift is a columnist for the Daily Beast, an online publication. She writes about politics and policy in Washington, and the partisan clashes that make governing almost impossible. Clift has covered every presidential campaign since 1976 and bring her perspective to analyze the dynamics between an unconventional president and his party, and an opposition party still licking its wounds over its loss in 2016. Clift is best known as a panelist on the syndicated talk show, “The McLaughlin Group,” which ended a 34-year run with the death of the host in 2016. She has appeared as herself in several movies, including “Dave,” “Independence Day,” “Murder at 1600,” “Rising Sun,” and the CBS series, “Murphy Brown.” Clift and her late husband, Tom Brazaitis, who was a columnist for the Cleveland Plain Dealer, wrote two books together, “War Without Bloodshed: The Art of Politics” (Scribner, 1996), and “Madam President: Shattering the Last Glass Ceiling (Scribner, 2000). Madam President is available in paperback (Routledge Press). Clift’s book, “Founding Sisters,” is about the passage of the 19th amendment giving women the vote (John Wiley & Sons, 2003). Her recent book, “Two Weeks of Life: A Memoir of Love, Death and Politics” (Basic Books, 2008) is about the loss of her husband together with an examination of how we deal with death in America. “Selecting a President,” written with Matthew Spieler (Thomas Dunne Books), published in 2012, examines the process that for all its flaws is better than the alternative. Formerly Newsweek’s White House correspondent, Clift also served as congressional and political correspondent for six years. She was a key member of the magazine’s 1992 election team, following the campaign of Bill Clinton from the start to inauguration day. In June 1992 she was named Deputy Washington bureau chief.

As a reporter in Newsweek’s Atlanta bureau, Clift covered Jimmy Carter’s bid for the presidency. She followed Carter to Washington to become Newsweek’s White House correspondent, a position she held until 1985. Clift began her career as a secretary to Newsweek’s National Affairs editor in New York. She was one of the first women at the magazine to move from secretary to reporter. Clift left Newsweek briefly in 1985 to serve as White House correspondent for The Los Angeles Times. She returned to Newsweek the following year to cover the Iran-Contra scandal, which embroiled President Reagan and tarnished his administration. Clift covered every presidential campaign since 1976, and was part of Newsweek’s special project team following the 1984, 2000, 2004 and 2008 elections, each of which resulted in a book. The most recent, “A Long Time Coming,” written by Evan Thomas and based on the Newsweek team’s reporting (Public Affairs, 2009) chronicles the history-making campaign of Barack Obama. Clift lives in Washington, D.C., where she is on the advisory council of the International Women’s Media Foundation, the board of the American News Women’s Club, the Board of Governor’s of the National Hospice Foundation, and the board of Respect Ability, which advocates for people with disabilities.