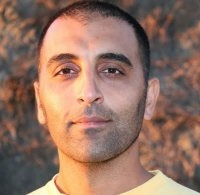 Pedram Shojai, Director of the Taoist Path School of Alchemy - Dedicated to the Evolution and Enlightenment of Humanity

Pedram Shojai is an acclaimed Qi Gong master, herbalist, and talented Acupuncturist. He comes from an unbroken line of masters and is an ordained minister of a Taoist tradition of Alchemy. Having studied a variety of Alchemical systems, Pedram uses his friendly teaching style to impart esoteric concepts to English-speaking audiences. He teaches philosophy, meditation, Qi Gong, and healing techniques to audiences worldwide. He is currently involved in a couple of meaningful documentaries, the first of which is set to release in 2012.

His new book, Rise and Shine - Awaken your Energy Body with Taoist Alchemy and Qi Gong is now available through this website.

He has studied yoga, meditation, Qi Gong, Tai Chi, Kung Fu, and healing for years and has taken sabbatical in the Andes and Himalayas. Pedram uses a no-nonsense approach to teaching the esoteric arts and holds each student personally accountable for their own liberation and enlightenment. Every student must find their way …we are here to help but nobody can do it for you.

Pedram is committed to teaching the esoteric practices of Qi Gong, meditation, and the Taoist philosophy of balance to people all over the world. He has committed to bringing a number of his teachers into the school and helping secure resources for people.

We want to be very clear about one thing- Pedram is interested in helping you find your way…not in being a guru. The goal is for you to unlock these secrets in yourself and gain knowledge and wisdom through the practice. Pedram considers himself a resource and a friend in your esoteric education. Much of what he has learned over the years has been placed inside the book RISE and SHINE and the 3 DVD Set.