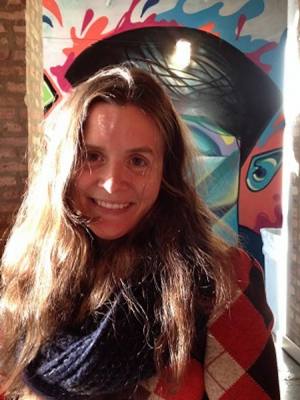 Elizabeth Tandy Shermer (Ph.D., University of California at Santa Barbara, 2009; B.A. University of Virginia, 2003) is an Associate Professor of History at Loyola University Chicago where she teaches courses in twentieth-century United States history, with an emphasis on in the fields of capitalism, business, labor, political ideas and ideologies, regional development, and urbanization. She previously taught at Claremont McKenna College in California.

Shermer has written extensively on twentieth-century U.S. political and urban history.  She is the author of Sunbelt Capitalism: Phoenix and the Transformation of American Politics (University of Pennsylvania Press, 2013), editor of Barry Goldwater and the Remaking of the American Political Landscape (University of Arizona Press, 2013), and co-editor, with Nelson Lichtenstein, of The Right and Labor in America: Politics, Ideology, and Imagination (University of Pennsylvania Press, 2012). Her articles have appeared in the Journal of American History, American Historical Association Perspectives, Bloomberg News, Huffington Post, and History News Network.  Her article “General Motors vs. General Electric,” November 26, 2012, History News Network, was recently named an “Editor’s Pick” for 2012.

Shermer currently serves as co-editor of the book series “American Business, Politics, and Society” at the University of Pennsylvania Press which explores the relationship between governmental institutions and the creation and performance of markets, firms, and industries. She is a contributor to Bloomberg.com’s Echoes Blog which places economic current events in historical perspective.  Shermer is currently a Scholar-in-Residence at the Newberry Library.

Sunbelt Capitalism: Phoenix and the Transformation of American Politics (University of Pennsylvania Press, 2013).

Barry Goldwater and the Remaking of the American Political Landscape, ed.(University of Arizona Press, 2013).

The Right and Labor in America: Politics, Ideology, and Imagination, ed. with Nelson Lichtenstein (University of Pennsylvania Press, 2012).

“Banking on Government” in Steven Conn (ed.), To Promote the General Welfare: The Case for Big Government (Oxford University Press, 2012).

“Origins of the Conservative Ascendancy: Barry Goldwater’s Early Senate Career and the De-legitimization of Organized Labor,”Journal of American History 95 (December 2008), 678-709.