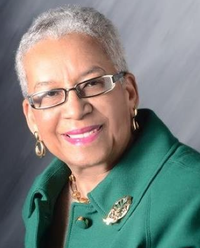 Dr. Barbara Seals Nevergold is an At Large Member of the Buffalo Board of Education.

A native of Louisiana, Ms. Seals Nevergold moved to the East side of Buffalo in 1947 with her parents, the late Clara Ellis Seals and Rev. Willie B. Seals, seven brothers and sister. She is a graduate of the Buffalo Public Schools and Buffalo State College, where she earned a Bachelor of Science degree in French Education. She is also an alumnus of the University at Buffalo with Masters of Education degrees in French Education and Counseling Education. In 1986 she earned a Doctor of Philosophy degree at UB in Counseling Education. Dr. Seals Nevergold also studied French at Laval University in Quebec, Canada and at the University of Dijon in Dijon, France.

Dr. Seals Nevergold began her career as a French teacher in the Buffalo School System. She also worked as a guidance counselor in the system. Subsequent positions have included: Executive Director of Niagara Frontier Association for Sickle Cell Disease, Inc.; Vice President for Children's Services at Friendship House of Western New York, Inc.; CEO of Planned Parenthood of Buffalo and Erie County, Inc.; and Regional Director for Berkshire Farm Center. Dr. Seals Nevergold was, until recently, the Director of Student Support Services at the University of Buffalo's Educational Opportunity Center. She has also held adjunct instructional positions at Empire State College and the University at Buffalo. Beginning in the Fall of 2006, Dr. Nevergold and fellow co-founder, Dr. Peggy Brooks-Bertram, of the Uncrowned Queens Institute began working full-time on the establishment of the Uncrowned Queens Center for Excellence at the University at Buffalo.

The Uncrowned Queens Center for Excellence will enhance the work of the Institute by giving it a home and supporting the extension of the numerous programs developed and implemented by the Institute. The Uncrowned Queens Institute, founded in 1999 by Drs. Seals Nevergold and Brooks-Bertram, strives to promote the collection and dissemination of the individual histories of women, women's organizations and women's collective history; and to teach and educate women on the use of technology to preserve and disseminate their histories.

Dr. Seals Nevergold is an educator, administrator, community and political activist. She has been a vocal advocate for parental involvement in the public schools. In 1989, she also co-founded, with Dr. Brooks-Bertram, Concerned Parents and Citizens for Quality Education, Inc. CPCQE was credited with increasing public awareness of educational issues and organizing parents as effective advocates. In addition, she served on a number of committees and task forces established by the Buffalo Board of Education. An unsuccessful run for school board in 1993 was nonetheless successful in demonstrating the importance of parental involvement in local school politics.

She is the author of: “From Pan Am Protests to the Niagara Movement: the Buffalo Connection (2005); “Fantastic Color & Special Effects: The Seals Ebony Studio” in Western New York Heritage Magazine (Spring, 2002); “To Be an Instrument for Their Voices: Finding, Writing and Sharing Family Histories” in Afro-Americans in New York Life and History, (July 2001); and “Transracial Adoption: In the Child's Best Interest?” in African America Women's Health and Social Issues, Catherine F. Collins (editor). Drs. Seals Nevergold and Brooks-Bertram have co-authored Uncrowned Queens: African American Community Builders of Western New York, Vol. 1 (2002), Vol. 2 (2003) and Vol. 3 (2005). A family historian, Dr. Seals Nevergold is currently writing a family history of her maternal family. She has also given numerous presentations and workshops at conferences.

Dr. Seals Nevergold has received numerous awards including: the Williams Wells Brown Award in recognition of her efforts to preserve local African American history; the UB Star Award 2001 for outstanding work on the Pan-American Exposition centennial celebration; the Excellence in Education Award from Xi Epsilon Omega Chapter of Alpha Kappa Alpha Sorority, Inc.; the Community Service Award from the Mary B. Talbert Civic and Cultural Club; the Community Service Awards from the Community Action Organization and the Bufffalo Chapter NAACP (2006). She and Dr. Brooks-Bertram were also recipients of the Brotherhood-Sisterhood Award for Education from the National Conference for Community and Justice (2005) and the Keeper of the Flame Award from the National Women’s Hall of Fame (2006).

Dr. Seals Nevergold has been a member of Alpha Kappa Alpha Sorority, Inc., Xi Epsilon Omega Chapter, Inc. since 1987. She has served the Sorority in several capacities, including many years as Ivy Leaf Reporter. In addition, she is a member of the Erie County Chapter of the Links, Inc. She has served on the Christian Education Ministry and is active in other activities at her church, St. John Baptist Church. Dr. Seals Nevergold is married to Paul R. Nevergold and they have two adult children, Alanna Elizabeth Nevergold Marrow and Kyle Robert and two grandchildren, Naia Ellison Reese Marrow and Cameron Josef Nevergold. 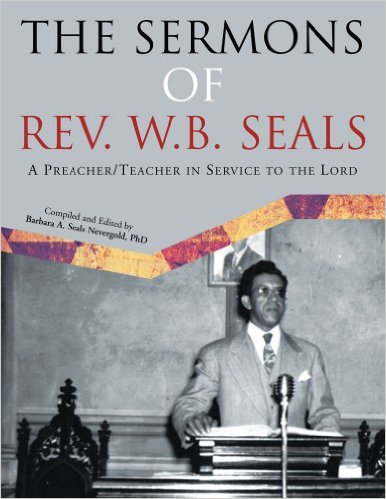