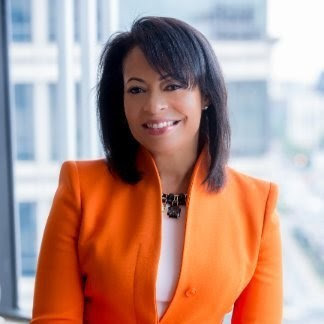 Deryl McKissack is Chairwoman and CEO of McKissack & McKissack, an architectural, engineering, program and construction firm managing over $15 billion in projects nationwide. During the past 25 years under her leadership, McKissack & McKissack has managed such landmark projects as the new Museum of African-American History and Culture on the National Mall, MGM National Harbor Casino, and the Navy Pier Centennial projects in Chicago; it also served as the architectural firm of record for the Martin Luther King Jr. Memorial in Washington, D.C.

As a licensed engineer and registered project management professional, Deryl McKissack is part of the fifth generation of her family to work in the design and construction field. McKissack & McKissack is the outgrowth of the nation’s oldest African-American architectural firm and traces its beginnings to Moses McKissack, a master builder who was also a slave.

By the age of six, Deryl was drafting architectural drawings under her father’s tutelage. After graduating from Howard University with a Bachelor of Science degree in civil engineering, she worked at Turner Construction and Dames & Moore; while at these firms, she honed her experience in field work, business development, and construction management.

In 1990, with a shoestring budget of $1,000 and a business plan crafted with help from a mentor at her alma mater, Deryl started McKissack & McKissack. Of that formative time, she remembers, “What got me through was a whole lot of passion.”