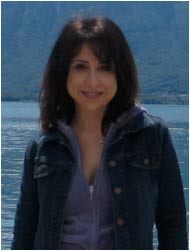 After earning a B.A. in Theatre Arts from Hofstra University, Ms.Williams began her career as an actor's agent in New York City. Shortly after, she moved to Los Angeles and attended the Graduate Peter Stark Producing Program at USC.

Ms. Williams then began her production experience in the film industry at LucasFilm as an assistant in pre-production on E.T. and Raiders of the Lost Ark.

Denise advanced to story analyst for Barry Krost at The Movie Company where she was responsible for developing television material for management clients and held production responsibilities on American Dreamer.

Ms. Williams then worked as Director of Creative Affairs for Arkoff International Pictures where she acquired and developed feature material for both Samuel Z. Arkoff and Louis Arkoff and had extensive production responsibilities on the feature film Up the Creek.

Denise was then hired by Daniel Melnick's IndieProd Co. at 20th Century Fox as story editor where she worked with writers and directors including Robert Zemeckis, Buck Henry and Lawrence Kasdan and on feature films Making Love and Unfaithfully Yours. Among some of the other films produced by The IndieProd Co. were: All That Jazz, That's Entertainment, Altered States, Roxanne, and First Family.

Ms. Williams served as Vice President of Production for Arnold Kopelson Entertainment, where she acquired and developed feature film projects for both foreign and domestic markets. Among the many projects under her auspices were Warlock, Triumph of the Spirit and Platoon, which grossed over $100 million dollars and garnered Best Director and Best Picture Academy Awards for director Oliver Stone and producer Arnold Kopelson, respectively.

MakeMagic is currently in development on the feature film JOHN MACK; staging the play adaptation of A GOOD AMERICAN and packaging the American adaptation of the French ensemble comedy, OSCAR DIVO, among other endeavors.

Ms. Williams is a member of the WGA west and a frequent script consultant. She is married to musician/composer/arranger Larry Williams and has a dog named Buddy