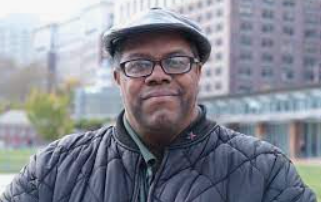 Recent movies like “Alt Right- Age of Rage” and the Academy Award-nominated short film “Skin” have shown some of the work done by our founder Daryle Lamont Jenkins. Born in Newark, New Jersey and raised in nearby Somerset, New Jersey, graduating from Franklin High School.

At 19, while serving in the military, Daryle saw an episode of the Oprah Winfrey Show on Skinheads. That grew into a lifelong passion for documenting hate politics on the right.

Upon returning from the service, he became a part of the punk rock scene. He produced two public access programs about the music he was promoting, and political activism. His work cased conflict with his position as a reporter and an editor for local newspapers.

With the founding of One People’s Project, his passion found a home. More importantly, One People’s Project played an instrumental role in causing the collapse of hate groups throughout the country. Daryle’s efforts have exposed those involved in hate politics nationwide. People trying to escape white power circles find support here as well. Bryon Widner is featured in the documentary “Erasing Hate” after working with Daryle to get out of the skinhead movement. “Erasing Hate” has now been turned into a feature-length motion picture! “Skin” starring Jamie Bell, Danielle Macdonald, Vera Farmiga and Mike Colter playing Daryle.

Idavox , the media outlet of One People’s Project, keeps us up to date with the latest reports from around the country on hate groups. One People’s Project aims to form a larger community of activists dedicated to antifascist work. The conditions in this country that can lead to racism must be fought at all levels of society.

Daryle was a co-producer of the Academy Award-nominated short film “Skin”, appeared on The Rachel Maddow Show, The Montel Williams Show, 20/20, and AM Joy.