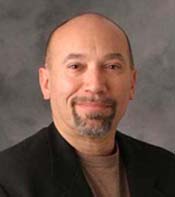 Darryl Anka started his Hollywood career as a visual and special effects artist who has worked on, among many others, Star Trek: The Motion Picture, I Robot, Pirates of the Caribbean, Live Free or Die Hard and Iron Man. After that he started working as a producer and writer. He is also an internationally known channeller, speaker and author with sales of over 300,000 books in Japan.

Anka claims that he began to communicate, through trance-channeling, with an extra-terrestrial entity called Bashar in 1983.[citation needed] He describes Bashar as existing in a parallel reality, in a time frame that we perceive as the future.[citation needed] The monologues and dialogues with Bashar cover a wide range of topics including human psychology, planetary evolution, metaphysics, and extra-terrestrials.[citation needed] Occasionally, Anka will act as a guest speaker in conferences related to issues such as ET contact. Anka has also channeled other entities, and the entity Bashar has also been channeled by other mediums.

Anka appeared in the 2008 documentary Tuning In alongside other notable channels such as Lee Carroll.

Anka's channeling sessions, private and public, are usually recorded and many have been compiled into various books and audio-visual material. His first book is The New Metaphysics.

Bashar is a being of extraterrestrial origin, a friend from the future who has spoken for the past 21 years through channel, Darryl Anka, bringing through a wave of new information that clearly explains in detail how the universe works and how each person creates the reality they experience. Over the years, thousands of individuals have had the opportunity to apply these principles and see if they really work to change their lives and create the reality that they desire.