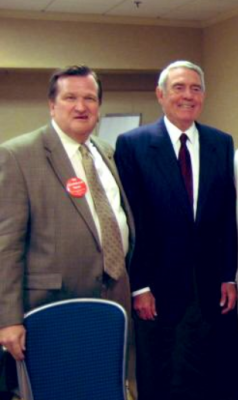 With a famed and storied career that has spanned more than six decades, Dan Rather has earned his place as one of the world’s best-known journalists. Rather has interviewed every president since Eisenhower and, over that time, personally covered almost every important dateline in the United States and around the world.

Rather joined CBS News in 1962. He quickly rose through the ranks, and in 1981 he assumed the position of anchor and managing editor of the CBS Evening News – a post he held for 24 years. His reporting across the network helped turn 60 Minutes into an institution, launched 48 Hours as an innovative news magazine program and shaped countless specials and documentaries.

Rather returned to the in-depth reporting he always loved, creating the Emmy Award-winning Dan Rather Reports on HDNet. Now, building upon that foundation, he is president and CEO of News and Guts – an independent production company he founded that specializes in high-quality non-fiction content across a range of traditional and digital distribution channels.