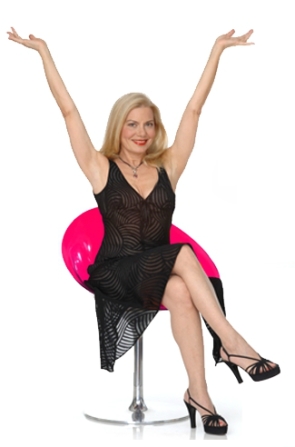 Continuing to lead the way in women's sexual empowerment and pleasure, Royalle partnered with Dutch industrial designer Jandirk Groet, whose product design repertoire ranges from Nordica ski boots to Ricoh compact cameras and Panasonic TVs to the cockpit of the Fokker aircraft, and together they created the Natural Contours line of high-style, discreet ergonomically designed personal massagers. The line debuted in 1999 to favorable reviews in ID (Industrial Design) Magazine, Mademoiselle and Glamour, to name a few, and quickly became best-sellers in women's mainstream health catalogs. Drugstore.com launched its sexual wellness range with the Natural Contours line and Holland's leading drug store chain, ETOS, features the line as part of its family planning outreach.

In October '04 Royalle authored her first book, "How to Tell a Naked Man What to Do," published in the U.S. by Simon and Schuster/Fireside, and in the U.K. by Piatkus Press. The paperback was published in February '06.

She is now moving on to the role of mentoring young new female directors so that they may continue the Femme line while expressing their own visions and ideas.

What makes Ms. Royalle's story particularly interesting is her rich and varied background. The daughter of an accomplished professional jazz drummer, she trained and performed in music, dance and art, having attended New York's High School of Art and Design, Parsons School of Design, and the City University of New York, where she was active in the women's movement of the late '60's and early '70's. In San Francisco she hooked up with some of the original members of the infamous Cockettes including the late Divine to create avant garde jazz and theater productions. In '74, looking to finance her unconventional lifestyle, she entered the world of erotica as an actress, performing in about twenty-five adult feature films. She returned to her native New York City in 1980 and stepped behind the camera to create Femme Productions in 1984. Since then she has been a guest on almost every news and talk show from Anderson Cooper to Dateline NBC, and has been written up in countless magazines and newspapers from The New York Times, Time Magazine and The London Times to Glamour and Marie Claire.

Candida Royalle is a member of the American Association of Sex Educators, Counselors and Therapists, (AASECT) and a founding Board member of Feminists for Free Expression (FFE). Her work is distributed by Adam and Eve Pictures.