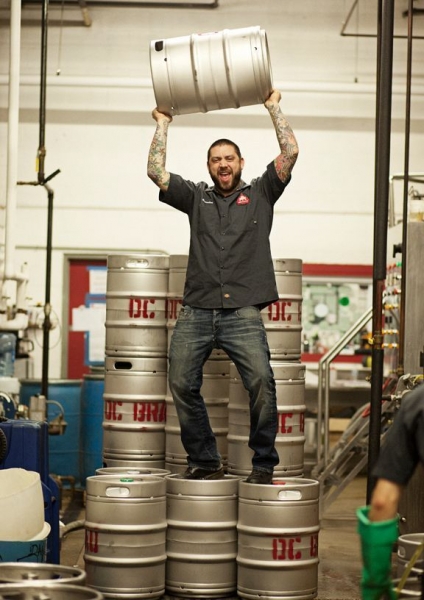 Brandon Skall and Jeff Hancock met while DJ’ing. Both avid music fans, frequent bar goers, and enthusiastic men-about-town, the two D.C. residents also were acutely aware of the empty tap handle or store shelf where a local beer ought to be found in their city. In 2009, they combined their years of experience in both brewing and beverage distribution to found the DC Brau Brewing Company. Due to his extensive experience in restaurant management and the beverage industry, including posts with Passion Foods Restaurants, The Henry Wine Group and Frederick Wildman & Sons, Brandon took the reins as CEO to handle the sales and business side of the brewery.

The partners opened DC Brau on Tax Day in northeast Washington, DC, with the intention of brewing beers within the city limits, available citywide, for the beer nerds and recreational beer drinkers alike to call their own. Over the past 4 years, DC Brau has brewed nearly 100 different beers under their label or in collaboration with restaurant, bar and brewery partners – all of which represent a delicious and uniquely American blend of North American and European techniques and ingredients. At the core of its portfolio, DC Brau offers three signature brews available year-round, including The Public (Pale Ale), The Corruption (IPA), and The Citizen (Belgian style Ale), with seasonal and special brews released on a regular basis, like the award-winning, critically-acclaimed On The Wings of Armageddon (Imperial IPA) and its Penn Quarter Porter.