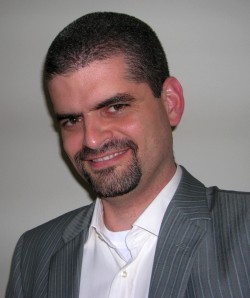 Bernardo Kastrup has a Ph.D. in Computer Engineering from the Eindhoven University of Technology (TU/e), in the Netherlands, one of the top European technology schools. He started his scientific career at the world-renowned European Organization for Nuclear Research (CERN), in Geneva, Switzerland. At CERN, he worked on the data acquisition system of the ATLAS detector, one of the main experiments of the new Large Hadron Collider (LHC) accelerator. After CERN, Bernardo moved to the Philips Research Laboratories, in the Netherlands, the place where the "Casimir Effect" of Quantum Field Theory was originally discovered. During his scientific career, Bernardo has authored many scientific papers and inventions. At Philips Research, he developed ground-breaking computing technology that would lead to his founding of Silicon Hive, a successful start-up company eventually sold to Intel Corporation. Since leaving the start-up scene, Bernardo has dedicated himself professionally to high-tech marketing and business development. He is currently Marketing Director at ASML, one of the worlds foremost high-tech companies.

In parallel to his professional activities, Bernardo has had a life-long scholarly interest in philosophy, particularly in the relationship between the nature of reality and our knowledge of it. This interest has led him to explore ancient worldviews and paradigms of thought, as well as the practical application of techniques for the subjective exploration of reality. For instance, he is a longtime meditator and student of related methods. His familiarity with science has allowed him to coherently hypothesize and articulate holistic worldviews in a language that appeals to the rational mind. He has published two philosophy books, Rationalist Spirituality and Dreamed up Reality, both with O-Books. A third book, Meaning in Absurdity, will be published by Iff Books in early 2011. Bernardo occasionally gives talks about his philosophical work, like his recent TEDx presentation of May 2011. Bernardo regularly travels the world for his work, which exposes him to many different cultures and worldviews. He has lived in four different countries across continents and currently resides in the Netherlands.