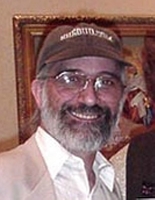 The Shroud of Turin is a centuries old linen cloth that bears the image of a crucified man. A man that millions believe to be Jesus of Nazareth. Is it really the cloth that wrapped his crucified body, or is it simply a medieval forgery, a hoax perpetrated by some clever artist? Modern science has completed hundreds of thousands of hours of detailed study and intense research on the Shroud. It is, in fact, the single most studied artifact in human history, and we know more about it today than we ever have before. And yet, the controversy still rages.

The Shroud of Turin went on public display for the first time in ten years on April 10, 2010, in the Cathedral of St. John the Baptist in the city of Turin, Italy. Visitors from around the world have been flocking to see the Shroud since the opening day of the exhibition. On May 5th, Turin authorities stated that more than 2 million pilgrims are now expected over the course of the exhibition, which closes on May 23, 2010. This figure surpasses earlier estimates by several hundred thousand visitors. This exhibition also marks the first opportunity for the public to view the Shroud since its controversial restoration in 2002.

On Sunday, May 2, 2010, Pope Benedict XVI visited the Turin Cathedral and venerated the relic, after which he delivered a homily titled "If We Are United to Christ, We Can Truly Love." He then went on to deliver some additional comments on the Shroud. An English translation of those important comments was published by Zenit.org in an article titled, "Pope's Remarks After Venerating Shroud of Turin - In the Hour of Extreme Solitude We Will Never Be Alone."

Barrie Schwortz was the Official Documenting Photographer for the Shroud of Turin Research Project,the team that conducted the first in-depth scientific examination of the Shroud in 1978. Today, he plays an influential role in Shroud research.

Barrie Schwortz was the Official Documenting Photographer for the Shroud of Turin Research Project, the team that conducted the first in-depth scientific examination of the Shroud in 1978. Today, he plays an influential role in Shroud research and education as the editor and founder of the internationally recognized Shroud of Turin Website (www.shroud.com), the oldest, largest and most extensive Shroud resource on the Internet, with more than ten million visitors from over 160 countries. In 2009 he founded the Shroud of Turin Education and Research Association, Inc. (STERA, Inc.), a non-profit 501(c)(3) corporation, to which he donated the website and his extensive Shroud photographic collection, as well as many other important Shroud resources, in order to preserve and maintain these materials and make them available for future research and study. He currently serves as the President of STERA, Inc.

Mr. Schwortz has conducted Shroud lectures around the world. He has appeared in programs and documentaries on every major broadcast and cable television network, including the History Channel, the Discovery Channel, the Learning Channel, the National Geographic Channel, CNN, PBS, the BBC, Fox News, Channel 1 Russia, the Coast to Coast AM radio show, Catholic Answers radio and Vatican Radio. His photographs have appeared in hundreds of books and publications including Life Magazine, National Geographic, Time Magazine and Newsweek and in countless television documentaries. He has written many Shroud articles and papers that have been published in periodicals or presented at conferences around the world, the most recent in the March 2010 issue of Catholic Digest. He continues to participate in Shroud research with experts around the world and co-authored a book with Ian Wilson titled, "The Turin Shroud: The Illustrated Evidence" published in August 2000 by Michael O'Mara Books, Ltd., London, and distributed by Barnes & Noble in the U.S.

Barrie Schwortz began his professional photographic career upon graduating from Brooks Institute of Photography in 1971. He operated an award winning commercial photographic studio specializing in product, food, advertising, technical and editorial illustration for fifteen years and founded his first video production company, Educational Video, Inc., in May of 1978.

After moving to Los Angeles in 1985, Mr. Schwortz became more involved in the entertainment field. He was the editor and post-production supervisor for the best selling 17 episode "Rocky and Bullwinkle" home video series for Buena Vista Home Video (Disney), which garnered a Silver Medal for Best Children's Video at the 1992 International Film and Video Festival. He co-produced, directed and edited "Money, History In Your Hands," a home video program starring James Earl Jones that won the Parent's Choice Video of the Year award in 1995 as well as two Silver Screen Awards at the International Film and Video Festival in 1996. The program was broadcast on PBS in 1999.

From 1987 to 2001, Mr. Schwortz was an independent imaging consultant to the Laser Research and Technology Development Laboratory at Cedars-Sinai Medical Center in Los Angeles. He employed video, still photography, high speed cinematography and microscopy in imaging research projects with major universities, hospitals and medical device manufacturers and produced hundreds of presentations for the medical field, including slide and video programs that taught new surgical techniques to surgeons. In 1998, he developed two digital imaging protocols that were accepted and approved for use in clinical trials by the U.S. Food and Drug Administration and his company served as Core Laboratory for one of those trials. His clients have included many of the largest corporations in the world and his presentations have been shown at major medical and scientific conferences worldwide and to the FDA, U.S. House of Representatives and the U.S. Senate. 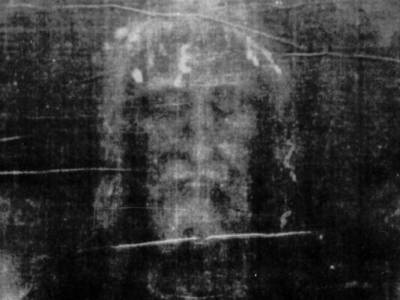