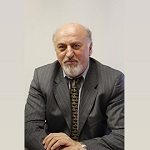 Founder and CEO of Folium Px, Babry Oren was born in the former Soviet Republic of Georgia in 1949. Since 1982, Mr. Oren has owned and operated BAO Corporation in Beverly Hills, California that manufactures and distributes Folium Px , and also serving as its chief executive officer. From 1982 to 1988, that company dealt primarily in oil and gas land acquisition, exploration, drilling, and domestic development. Since its inception, its operational and financial aspects have been managed by Babry Oren.  From 1988 to today, Mr. Oren has continued to serve BAO Corporation as CEO, participating in the same business of acquiring domestic and international land for gas and oil contracts. The role of that company and its president would soon change, however: in 1991, he was appointed as a representative of commercial affairs for the Republic of Georgia in the western United States. In 2001, Mr. Oren was appointed as the Representative of the Peace Fund of Georgia, a non-profit organization, in the United States. His company also expanded its services to include wireless telecommunications and internet to the Russian Federations. Mr. Oren is the founder of an ongoing  telecommunications and Internet businesses in one of Russia’s largest cities. Mr. Oren graduated from in the former Soviet Union with a Master’s degree in Economics/Specification in Industrial Planning.  Three years later, he completed schooling at the Export Institute of Israel in Tel Aviv. Mr. Oren is fluent in over six languages and has traveled extensively throughout the noted regions. Folium Px, which Mr Orem will speak about is a plant based nutraceutical that was developed in Georgia in the former Soviet Union and has the purpose of cleansing free radicals by inactivating them to improve the health of people previously exposed to radiation.  https://foliumpx.com/our-board-of-directors/