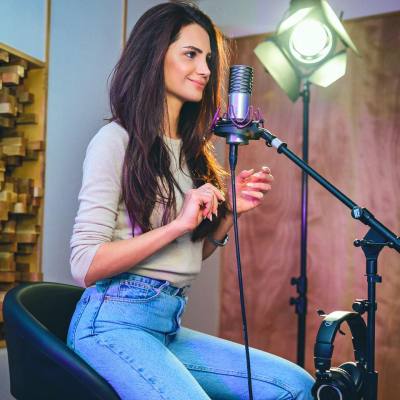 FOR HER UNCANNY RESEMBLANCE TO PRETTY WOMAN

HER VERY FIRST INTERVIEW IN THE UNITED STATES

Arpine Mikaeli Ter-Petrosyan (born on September 30, 1990), known professionally as Arpi Alto, is a singer, songwriter, musician, performer and record producer from Armenia. She was born in the Armenian capital Yerevan on September 30, 1990, into a family of artists and musicians. Her mother, Anahit Ter Petrosyan, is a musician, jazz artist, music teacher and composer.

Her father, Mikayel Ter Petrosyan, is a sculptor, painter, visual artist, and expert in hand-made carpets. The roots of Arpi’s artistic inclinations lie with her family, and especially her maternal grandmother. Arpi credits her maternal grandmother for creating a colorful and magical fantasy world for Arpi to help cope with war, death, deprivation, and economic hardship in Armenia. Arpi was exposed from a young age to a varied and eclectic mix of musical influences, ranging from traditional Armenian folk songs and classical music to jazz and pop.

Arpi’s formal musical education began in 2000, when she started attending music school. In 2010, at the age of 20, she joined the Armenian State Pedagogical University in Yerevan to study music and received her formal education as a pianist. She graduated with a master’s degree in 2016.

It was during the years of her musical education that Arpi’s unique voice began to draw attention. Arpi’s voice is described as contralto, which is the lowest female voice and lends itself very well to musical categories like classical and jazz.

In the winter of 2019/2020 Arpi began experimenting with solo work outside the framework of musical ensembles, especially jazz and bossa nova classics and Armenian traditional folk songs. In early 2020 Arpi released covers of “Have Yourself a Merry Little Christmas”, Lana del Rey’s “Doin’ Time”, “What a Difference a Day Makes”, and “The Way You Look Tonight”.

The coronavirus outbreak in the Spring of 2020 gave Arpi the opportunity to expand her solo efforts with more jazz standards and covers of popular classics. The breakthrough came when Arpi’s cover of the Brazilian bossa nova classic “The Girl From Ipanema” (Garota de Ipanema) went viral and boosted Arpi’s fast-growing worldwide audience. After the success of “The Girl From Ipanema”, Arpi launched an indie record company Ginosi Music with cousin Areg Ginosian and his partner Amoor David Avakian. “The Girl From Ipanema” was followed by renditions of “Happy Happy Birthday Baby”, “Moon River”, and “Over the Rainbow”. Personal Life Arpi lives in the Armenian capital Yerevan with her husband and son.

Arpi has become an internet sensation especially on You Tube. She has an uncanny resemblance to a young Julia Roberts, especially in the Pretty Woman movie and has been mistakenly identified as Julia Roberts older daughter. 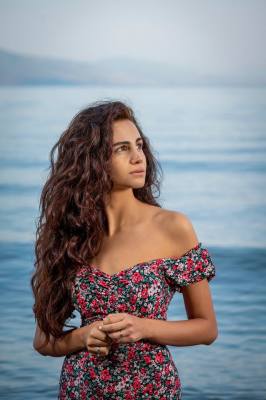