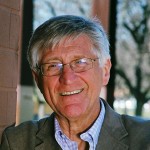 In 1990, Gundersen discovered radioactive material in an accounting safe at Nuclear Energy Services, the Danbury consulting firm where he was employed. Three weeks after notifying the company president of what he believed to be radiation safety violations, Gundersen was fired. According to the New York Times, for three years, Gundersen was "awakened by harassing phone calls in the middle of the night" and "became concerned about his family's safety". Gundersen believes he was blacklisted, harassed and fired for doing what he thought was right.

Gundersen questioned the safety of the Westinghouse AP1000, a proposed third-generation nuclear reactor and has expressed concerns about the operation of the Vermont Yankee Nuclear Power Plant. He served as an expert witness in the investigation of the Three Mile Island accident and has provided commentary on the Fukushima Daiichi nuclear disaster.

AP1000
In April 2010, Gundersen released a report (commissioned by several anti-nuclear groups) which explored a hazard associated with the possible rusting through of the AP1000 containment structure steel liner. In the AP1000 design, the liner and the concrete are separated, and if the steel rusts through, "there is no backup containment behind it" says Gundersen. If the dome rusted through the design would expel radioactive contaminants and the plant "could deliver a dose of radiation to the public that is 10 times higher than the N.R.C. limit" according to Gundersen. Westinghouse has disputed Gundersen's assessment. Gundersen has testified before the Nuclear Regulatory Commission's Advisory Committee on Reactor Safeguards saying that "if a hole appeared, the chimney effect would disperse radioactive material far and wide".

VERMONT YANKEE
Gundersen has also expressed concerns about the operation of the Vermont Yankee Nuclear Power Plant, saying a leak of radioactive tritium there could be "followed by releases of other, more dangerous materials if the plant keeps operating".
v Gundersen has said that the U.S. nuclear industry and regulators need to reexamine disaster planning and worst-case scenarios, especially in reactors such as Vermont Yankee, which have the same design as the crippled nuclear plant at the center of the 2011 Japanese Fukushima nuclear emergency. He says that Vermont Yankee and similar plants are vulnerable to a similar cascade of events as in Japan.

FUKUSHIMA
As part of Fairewinds Energy Education, Gundersen has hosted numerous videos and provided updates about the Fukushima Daiichi nuclear disaster. He was also a regular guest on Democracy Now discussing the issue. In an interview with Al Jazeera, Gundersen referred to Fukushima as "the biggest industrial catastrophe in the history of mankind".