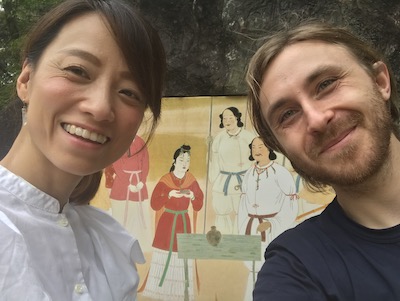 Miracles can happen at any time
offering counselings, readings, and healings so that you can create the future you wish

Rieko’s abilities blossomed overnight in June 2017 after being called to the forest in Japan. She realized she could talk to trees. At first she talked mainly to nature spirits and then she began receiving messages from her guides. In September 2018 she was called to Mt. Shasta where she met Anthony in Panther Meadows, the most sacred place in Mt. Shasta. In September 2019 she was first contacted by her future self who is a Hybrid. Rieko was told by angelic beings that she has the ability to channel and communicate with any being in any dimension. She came here to turn the planet into a planet flooded with love.

Anthony was born psychic with a strong memory of the other side and other lifetimes. His psychic abilities strongly developed and awakened after going on a camping trip with Ted Mahr in 2018 to Mt. Shasta and meeting Rieko. He channels angels, his Higher Self, aliens, and other higher dimensional beings excited to help fill Earth with love. His psychic abilities focus on the energy of “wisdom.” In his other lives he is an experienced “mystic traveler” who likes to walk between worlds.

Rieko and Anthony work together doing private and group sessions. They view people’s energy and approach the session based on what is most necessary and relevant at the time. They often operate in the subconscious field of the client, offering “reality navigation” so the client can live any future they wish! 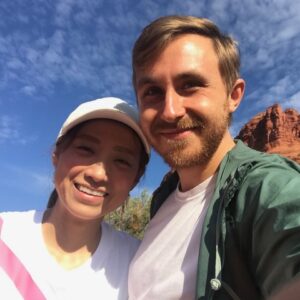