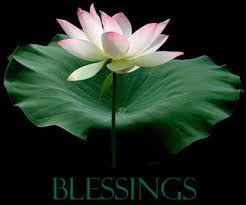 Anthony  has experienced and worked on higher levels of consciousness for the past 12 years in connection with a group called "The Council Of Twelve". Anthony's experience is one of a growing number of celebrated cases,  like that of Zev Kolman the Israeli energy healer,  where unusual abilities developed following "higher dimensional" contact.  Anthony's transformation has been described as follows.

"After spending his life building a profession as a master tailor,  his whole world took a stunning turn when he was contacted by the inter-dimensional group often referred to as the Council of Twelve. It’s not the stuff of science fiction, honest. As we are Soul Beings that inhabit a human body, our souls know quite well that we share this Universe with many life forms and expressions.

As humanity makes (the ongoing) shift in  consciousness toward realizing its proper  and balanced place within the Universe commonwealth, these encounters with ‘alien’ beings will become common place. In fact, they happen so often already that as we open our minds and hearts – shift our consciousness – we will create space for others to come forward and share their experience without fear of reproach or worse as has all too often been the case for the past millennia here on planet Earth.

Anthony, however, is one of those Beings who can take it (rejection from the mainstream)  and he really doesn’t care what you think. The generosity of his heart can be felt in the blades of truth he imparts and if he wants us to get just one thing, it is that we are Sovereign Beings, not slaves. Our addiction to this world and its presumed comforts are quickly coming to an end and there is a new beginning unfolding at the same time. His lifelong empathic sensitivity has been enhanced in his recent transformation and consequent spiritual integration.