Anne Rice (born October 4, 1941) is a best-selling American author of gothic and
later religious themed books. She was born Howard Allen O'Brien. Best known for her Vampire Chronicles, her prevailing thematical focus is on love, death, immortality,
existentialism, and the human condition. She was married to poet Stan Rice for 41 years until his death in 2002. Her books have sold nearly 100 million copies, making her one of the most widely read authors in modern history.

She completed her first book, Interview with the Vampire, in 1973 and published it in 1976.  This book would be the first in Rice's popular Vampire Chronicles series, which includes 1985's The Vampire Lestat and 1988's The Queen of the Damned.

In 1998, after spending most of her adult life as a self-described atheist, Rice returned to her Roman Catholic faith, which she had not practiced since she was 18. In October 2005, as she reaffirmed her Catholic faith, Rice announced in a Newsweek article that she would "write only for the Lord." She called Christ the Lord: Out of Egypt, her first novel in this genre, the beginning of a trilogy that will chronicle the life of Jesus.  Christ The Lord: Out of Egypt is being made into a feature film that will release in the near future. 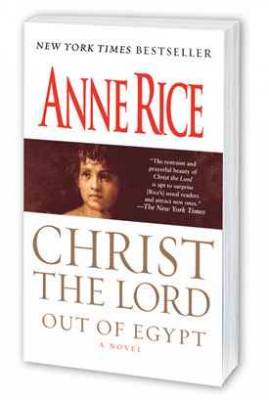