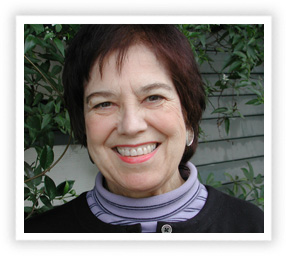 Angeles Arrien, Ph.D. is a cultural anthropologist, award-winning author, educator, and consultant to many organizations and businesses. She lectures and conducts workshops worldwide, bridging cultural anthropology, psychology, and comparative religions. Her work is currently used in medical, academic, and corporate environments. She is the President of the Foundation for Cross-Cultural Education and Research. Her books have been translated into thirteen languages and she has received three honorary doctorate degrees in recognition of her work.

Angeles' books include The Four-Fold Way: Walking the Paths of the Warrior, Teacher, Healer and Visionary; Signs of Life: The Five Universal Shapes and How to Use Them, (Winner of the 1993 Benjamin Franklin Award); and The Second Half of Life: Opening the Eight Gates of Wisdom, (Winner of the 2007 Nautilus Award for Best Book on Aging). Her recent book, Living in Gratitude: A Journey That Will Change Your Life is a Gold Medal Co-Winner of the 2012 Independent Publisher Book Awards (IPPY Award) in the category of Inspiration & Spirituality.