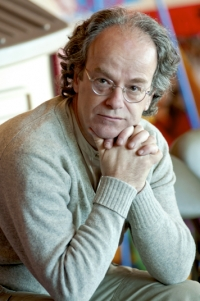 It's happened. The police state is unfolded in Canada, starting in Alberta. NOW will we act.
Summary

It's happened: The police state is unfolded in Canada, starting in Alberta - NOW will we act?

Without review or approval of the legislature, a minister can now create a new order requiring people to install tracking devices on their cellphones, and requiring them to register their phones with the government. Without any oversight, a minister can create an exclusive list of people who are legally permitted to go outside, or legally authorized to drive a vehicle, and impose a $1,000 fine on those who walk outside or drive “illegally” because they are not on the list. The health minister could unilaterally declare that all sick people must be forcibly removed from their homes, as the World Health Organization has suggested. And an order could be issued for mass vaccination, without any discussion or debate in the legislature.
Cabinet’s powers to suspend laws and create new laws without input or approval from the legislature will eventually come to an end, after the government decides that the public health emergency has ceased. The Public Health Act refers to a 30-day period for a public health emergency, but nothing in the legislation stops the cabinet from declaring another public health emergency the day after the first one expires. Practically speaking, the provincial cabinet, on the advice of the chief medical officer, could maintain a public health emergency for months or even years.
https://nationalpost.com/opinion/john-carpay-albertas-bill-10-is-an-affront-to-the-rule-of-law
police state
WHO
World Health Organization
Mass Vaccination
Cabinet's Powers
Suspend Laws
Create New Laws
Public Health Act
Public Health Emergency