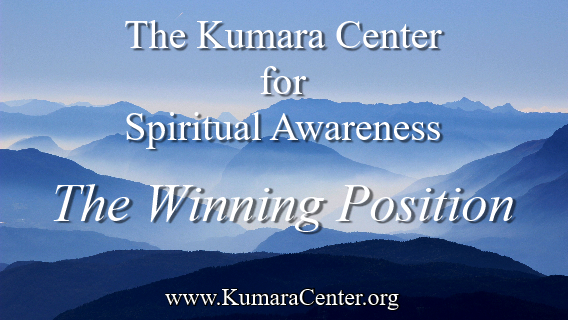 A lesson in how the mind is imprinted with the program of the winning position.

Children constantly observe their surroundings and develop their sense of self from input taken in through the senses. When a child witnesses a battle of egos, his psyche will pattern itself after both sides. Consciously, it will choose the side it agrees with, or the one that feels ‘right’, while unconsciously it patterns itself after the winning position, or the tactic the ‘winner’ of the battle used. Later in life, this ‘winning position’ will show itself when the person’s ego is triggered in a similar fashion. It is reactive, as the unconscious mind comes forward and takes over the person’s capacity to function from his own will.

As an example, let’s say a 4 year old boy hears his parents arguing while he is supposed to be sleeping. Their raised voices startle him, so he sneaks out of his room to see what is happening. As he peeks around the corner into the kitchen, he sees his mother, arms crossed and head down, as his father stands over her, leaning toward her in an aggressive posture and shoving his index finger into her face.  The mother is crying and the boy can see her shaking in fear.  The father yells his last remark and pushes past her, knocking her off balance as he strides to the door. He grabs his keys and leaves the house, slamming the door behind him. The mother crumples to the floor, pulling her knees to her chest, buries her face and cries.  The boy knows she is trying to be quiet because she is aware that he is sleeping (or so she thinks) and sneaks back to his room where he cries himself to sleep.

The boy feels many emotions. He feels sorry for his mother, he is angry at his father. He is also shocked, confused, disillusioned, powerless, etc…  The imprint from the scene is strong on his young mind and it will make a long-term impact on how he will function in the future.

The boy hated what he saw his father do to his mother. Daddy loves mommy, so why would he be so cruel and unloving? He sees that his mommy was definitely the victim and daddy was the perpetrator, or “bad guy.”  Even though he despises what his father did, his young mind already has a need to place itself “on top,” and daddy’s behavior showed the boy what “works” for men when in conflict with women.  The mind, being a database capable of immense amounts of information, stores every piece of information from the incident away.  The next day, the boy witnesses his parents being very sweet to one another. It seems as though nothing ever happened and he tells himself it must have been a mistake. But, the impression that is in his mind will remain and his mind will now continue looking for more evidence that the winning position he witnessed does indeed work. Since he is looking for it, he will certainly find it. More fights between his parents, movies, stories from friends, etc… will all reinforce what he already knows and give more power to the unconscious pattern.

Years later, the former boy, now a young man in college, has an argument with his girlfriend. Let’s say he saw her talking to another guy after class and he is feeling jealous. He questions her and she finds herself feeling defensive. Her conversation with the guy was about a test they just took and they were comparing notes. She did nothing wrong, but her boyfriend’s words, their tone and his body language energetically tell her that he knows she is lying and wrong. His jealousy and her reaction to his accusations triggers in him the same reactive state he witnessed in his father when he was 4, and he becomes incapable of seeing clearly, or of being rational. He gets in her face and threatens her. He calls her a “bitch” and a “slut.” She stands still, trying to argue her point…to make him see that it was innocent, but he won’t listen. When he calls her names, she begins to cry. She feels powerless, just like his mother felt with his father. He gives her a shove and tells her to get the hell out of his apartment, feeling justified for his hateful behavior. She leaves and he distracts himself from feeling the pain he is really in by turning on a football game and grabbing a beer.

So, you can see how the winning position works. This man, the one who hated his father’s behavior and felt so badly for his mother, is now exhibiting the same behavior with his own girlfriend, whom he cares for a great deal.  He can’t see that the reason he got so angry was because seeing his girlfriend speaking to another guy triggered painful memories for him and brought forward the pain from his past, making him experience it again in the present. Instead, he only consciously experiences the anger, judgment and justification that the jealousy brings forward and he reacts from that state.  Later on, they will talk and he may even apologize to her. He may end up feeling guilty and shameful about his behavior, but even his shame won’t stop it from happening again.  He may be able to keep his temper in check for a while, but the winning position will always return at some point….it HAS to.

What holds the winning position patterning in place is the need for the ego to be “right” concerning its position. In order to be right, in this case, the girlfriend has to be wrong. Mind always sees things as one or the other.  In order to transcend the reactive mind’s control within the patterning of the winning position, the individual must see through and release the underlying beliefs that lead to the initial triggering. In the case of the boy, to make it very simple, his self-esteem is very low and when he sees his girlfriend talking to a guy it triggers his own fears about not being good enough for her so he projects onto her that she is looking for someone else. It is completely erroneous, but he can’t see it. So, he makes her wrong for something she didn’t even do and he holds to his story firmly, withholding his love from her and driving a wedge between them.  He is unknowingly creating the exact situations which will lead to her leaving him, which will then further reinforce his faulty beliefs about not being good enough. It is a vicious cycle with no end and it will follow him from one relationship to the next, until something happens to awaken him to enough conscious awareness that he can see the problem is within him and not with all his girlfriends. When he is ready to look deeper at what has constructed his sense of self, and do the work necessary to undo the beliefs he acquired as a youth and has held firmly to as he matured, he will be able to move back into his natural, healthy levels of self-esteem and will no longer experience the need to feel threatened by other guys, even if he sees one speaking to his girlfriend. He won’t see them as a threat and he won’t automatically assume she is interested in them. He will trust her when she tells him she loves him and will now see her outgoing social behavior with others from a new light. He may even end up loving that particular part of her!

There is much work involved in unraveling the winning position, but this will give you a good understanding of why people end up acting in ways they never dreamed possible. It’s not you…it’s patterned consciousness.