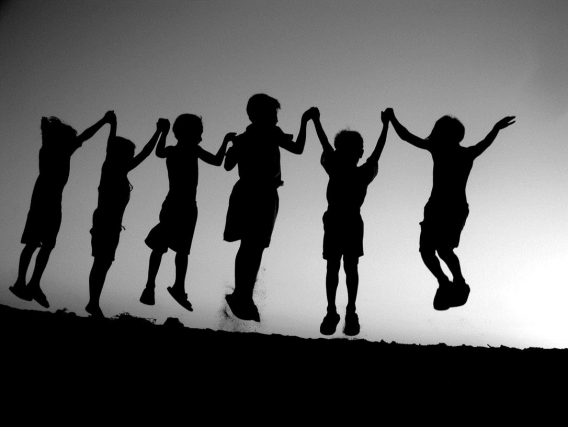 Law of Emergence-What Is It?
Summary

What is the Law of Emergence?

The Law of Emergence- What Is It?

As I began my research for my next show on bbs radio- Happiness Hangout, I was interested in having a guest on who could discuss the Law of Emergence.  Now I practice of the Law of Attraction so I wondered how they connect. I really don’t know much about it so as I went on the hunt, I found information about the word emergence  and a few others discussing it. The web is filled with information from my upcoming guest so why not give you all a little preview on this topic. Hope you find it valuable to your life.

THE LAW OF EMERGENCE

Self-Improvement is an oxymoron. The Self, when truly understood, is already perfect. Just as the acorn contains the oak, the Self has everything it needs to fulfill its higher purpose. And when the inner conditions are right, it naturally emerges. Bigger, better, and more abundantly than we can imagine.

This isn’t hyperbole, it’s law. And practicing it enables us to live on the ’emerging edge’, where our greatest potential can unfold in every area of our personal and professional life.

The harder we try to change, the deeper in the hole we get. We find a new partner but have the same old fights. We strive for an ever bigger paycheck but end up broke at a higher income bracket.

This is what happens when the basic principle of life—the Law of Emergence—is disrupted, stopping you from knowing that you are the perfect you. Like an acorn becomes a perfect oak tree, there is not a part of you from beginning to end that isn't exactly what you should be.

The Law of Emergence provides the foundation to re-engage with this ancient principle. In this 7-stage framework, spiritual life coach Derek Rydall shows that we aren't lacking anything, everything we need to fulfill our full potential is already inside us.

Backed by an ancient truth that has largely been lost, Rydall changes the conversation around how to achieve your potential by showing you how to activate the genius already in you and empower your purpose in life.

From Derek Rydall’s Article- The Urgency of Emergence- Huffington Post

The impulse for freedom seems to be sweeping the planet, from the Midwest to the Middle East. And no matter how hard people resist, nothing can hold these evolutionary energies back for long. Of course, this emergent impulse is obvious in popular uprisings against repressive rule. But the breakdown of our major systems -- economic, educational, political, environmental -- is also a sign of something larger trying to unfold, personally and globally. The crises we face today are not simply the result of mistakes we've made; they're evolutionary catalysts, calling us to make deep changes to our vision and values, so that our next stage of potential can unfold.

Unfortunately, what often accounts for change is merely a cosmetic make-over -- a stopgap solution that's more about maintaining a false sense of safety and security. In other words, we try to change the world but stay the same. And it never works for long. It's like holding a beach ball under water: Eventually, you let go and it pops up -- often hitting you in the face. Or worse, like rearranging deck chairs on the Titanic, denying the deeper problem until the whole ship goes down. As Einstein said, "You cannot solve a problem from the same level of thinking that caused it." We must, as Gandhi said, "become the change we want to see in the world."

There's always something trying to be born. The universe isn't neutral; it has a plan, a pattern -- a Big Idea seeking willing places for Its ever-expanding expression. The good news is that It's conspiring for our freedom. But to benefit, we must become what W. Clement Stone called "inverse paranoids," believing life is plotting for us. This is rarely how we live. We often resist this "urge to emerge" because we're afraid of change. To the ego, change is equivalent to death. But change isn't the problem. Problems aren't even the problem. Holding onto old forms instead of yielding to this evolutionary impulse is the problem, and the cause of our suffering.

This emerging energy always finds expression. When we deny it, it doesn't disappear; it creates an inner pressure that must release, sometimes in destructive ways. Globally, it can erupt as political uprisings, wars or environmental disasters. Personally, it can break out as disease, financial collapse or relationship meltdown. But the meaning of these events isn't that we're being punished, or that someone's to blame; it's that we're living in a world too small, and we must open up to a larger vision. As the Gospel of Thomas says, "If you bring forth what is within you, it will save you. If you do not bring forth what is within you, it will destroy you." To use an analogy in nature, just as certain seeds require a forest fire to crack open their shells, crises burn away our limited self-concepts, allowing our deeper nature to come forth.

I've experienced this many times. It took a brush with death while doing a movie to crack open my actor's ego and hear the call of my soul -- a message that not only changed the course of my life, but saved it by taking me out of a world of substance abuse. After that, I prayed to have greater faith. But not until I burned through my savings, exhausted all external support, and was literally living on a prayer did I get humble enough to rely on a Power greater than myself. Out of those ashes, not only did I land a two-day job that earned me a year's salary, but I learned to live more by insight than eyesight, which has led to a more abundant and empowered life.

It was the pain of waiting by the phone as an actor that motivated me to write scripts for myself; the struggle to survive as a screenwriter that inspired a six-figure script consulting business; and the agony of trying to fix other people's scripts that made me a strong enough writer to sell my own. It was the collapse of yet another movie deal that gave birth to my first book, which not only led to more movie deals but another book that wove my writing and spiritual work into the path I'm now on. And it was the breakdown of my relationships and body that brought the emotional and spiritual breakthroughs which inspire everything I do today.

It could have gone very differently. My knock at death's door could have accelerated my downward spiral into addiction. My money troubles could have led to a "secure" job that stifled my creativity. My career failings could have caused me to give up on my dream, and my deeper personal challenges could have made me give up on my whole life. Believe me, I had my moments of "It's not fair" and "Why me?" and I still do. But I started asking better questions, like, "What larger life is trying to emerge?" and, "What do I have to become to allow it?" Then I listened and -- as best I could -- obeyed.

Your life, like the planet, might seem precariously perched on the edge of destruction. But whatever problem you're facing, it contains the seed of your evolution, and will take your life to the next level if you'll let it. It requires you to release the familiar, maybe even what seems safe, and become the change you want to see by asking better questions like the ones above, as well as, "Where am I playing safe, resisting the call to be more?" and "If I believed life supported me, that I had what it takes, what would I do?"

Because the truth is, you do have what it takes, but you have to take what you have and use it. Then you're given more. As Emerson said, "God will not have his work made manifest by cowards." But to realize your potential, you must live on this emerging edge.

After all, if you're not living on the edge, you're taking up too much space.