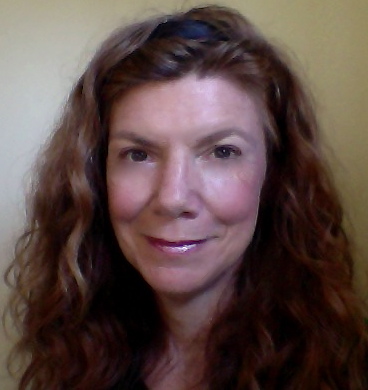 How I Lost 50# Without Even Trying ©2015 Joan Newcomb
Summary

I stopped growing when I was twelve but kept eating. By the time I was 14, I weighed the same as I would when I was 9 months pregnant with each of my kids. How did I lose 50# without even trying?

I stopped growing when I was twelve but kept eating. By the time I was 14, I weighed the same as I would when I was 9 months pregnant with each of my kids.

My parents sent me to see a psychologist. He was fat, with greasy hair and dandruff on his shoulders. He gave me a 200 question assessment.  Afterwards he told me I was depressed, because I was overweight.

However, I went home and started charting my food. I'd use the 8x11 cardboard inserts from my dad's drycleaned shirts, and with a rule made columns. I'd write down everything I ate, then I'd look up their calorie content.

After a while I developed a routine of eating. I would start the day with a cup of corn flakes and a half cup of skim milk.  In my school lunch bag I would have a large golden delicous apple, a half a head of lettuce, and a can of tab. At dinner I would have whatever the family was eating, I'd just measure it and look up how many calories it was.  Sometimes I'd have a candy bar in the afternoon on the way home from school.

About the same time, I started walking to and from school every day. It was 2 3/4 miles each way. Essentially,  I was walking 5 1/2 miles each day and keeping to a 1,200 calorie diet.

During that time, I had developed a habit of substitution. I'd eat a piece of fruit instead of a cookie. I'd eat toast dry, with no jam. I'd eat salad with no dressing, and vegetables with no butter. And I learned to only drink liquids with no calories, so it was diet soda or black tea or water.

In about six months, I'd lost 50 pounds.

It was so empowering, to have consciously accomplished this body transformation. I felt like I could create my reality any way I wanted to.  And it launched a series of decisions and actions that took me off on my own path, away from family patterns and expectations, to a whole new world of experiences.
Now, I have to say that it was sheer teenaged obsessiveness that gave me the singleminded determination to stay focused for so long.
Puberty and adolescence is such a powerful time. Your physical form is finally almost adult enough for you as Consciousness to fully embody it. You're suddenly flooded with additional awareness, including past life memories when you ruled countries and won wars. But you don't have a driver's license.
Kids need to be acknowledged as Consciousness, they are treasure chests of potential. As parents we just need to step back and let them reveal how capable they really are.
Adults need the same validation. As Consciousness, you are magnificent. What is it that you want to change or transform about yourself and your life? What are the baby steps you need to take to make that happen? Focus on the first steps and the rest will fall into place.
Weight Loss
Joan Newcomb
Consciousness
Transformation
effortlessness
conscious mastery