The Withhold - It is not so much what we put out that creates so much enmity among us, but rather what we withhold that strangles the love and undermines rapport, respect, caring, trust, understanding, support, and compassion, which, in turn, greatly retards progress.

It is not so much what we put out that creates so much enmity among us, but rather what we withhold that strangles the love and undermines rapport, respect, caring, trust, understanding, support, and compassion, which, in turn, greatly retards progress.

This realization has profound implications for any system or relationship attempting to mitigate hostility.  Most of us react to what others put out and rarely see or understand what is being withheld.

In fact, it is fear that causes all withholds.

For instance, often as not, the source of interpersonal hostility are negative beliefs we have about ourselves.  If I don't feel worthy, for example, then claiming what I want is filled with mixed messages.  "I want this, but it's not okay for me to have it."  Or I say "no," to someone and feel guilty about saying "no," because I'm not worthy of having it the way I feel I need it.  I would suggest that the majority of arguments, dissension and abuse have the issue of negative self-judgment as their unconscious source.

Another prominent withhold comes about because of narcissism.  When we are totally consumed with self interest, what are we withholding?  One might say that there is no lack of self-worth there. Indeed someone is acting from a place of putting all of themselves out there. The withhold in this case is the outward direction of love. Love itself is held back. Love is not shared.   When one is compulsively self-absorbed, we are holding back the love which retards growth.

The other common withhold that leads to so much anger is the fear/belief that we can't have it our way.

How about when is a person is intolerant of a conflicting point of view? What is the withhold there? Again, fear has interceded.  To the degree that we have become identified and attached to a particular belief system which is "sanctifying" us, we would naturally be threatened by contradictory belief systems.  In this case the withhold is our very expansiveness that would allow us to include all perspectives trusting that the most viable and balanced perspectives will prevail.

Once we realize that the "culprit" for so much negativity is what we're holding back, then the process of recovery and healing can be fairly straight forward.  If it is negative self-judgment, then self-forgiveness is what is required, and self-forgiveness is made possible by realizing how we are regarding by that which knows us most completely--the all pervading Spirit that animates our lives and sees us for who we really are. The Spirit of Unity, if you will--that movement towards wholeness that is at the very core of the evolutionary thrust, if not the will of All Being.

The process then becomes a willingness, first to let go of that negative self-assessment and then to invite the larger, more compassionate perspective to take over our awareness.

The fear, again not usually conscious, is that we will lose control.  And we will, but is the trade off worth it?  Keeping control, but holding on to a very restrictive self that causes us stress and deprivation, or letting go of control and opening ourselves to possibilities of self-fulfillment and interpersonal joy and fulfillment.

Sharing our truth with another starts the process.  "Confess your faults  to one another, pray for one another, and you shall be healed." From the Bible.

In the 12 step program is goes like this:  Step 5: Admitted to God, to ourselves and to another human being the exact nature of our wrongs." (wrongs being essentially mis-perceptions)

So, the opportunity here is when you find yourself in a confrontive coversation, ask, "What is being withheld?  And you just may find yourself on the way to reconciliation and healing. 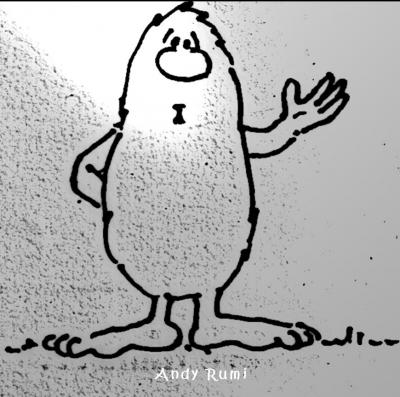