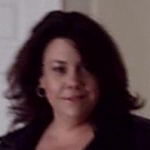 Linda Marie is a Monterey Native but her family is originally from Brooklyn, New York. She is a student of Dr.Turi's and has been doing radio with him since Jan. 2011. She is also a published children's book author of "My day with Dad". She has worked for the local school system for over 10 years as a student liaison for troubled teens up until 2009. In her spare time she enjoys hanging out with her family and animals and enjoys zumba, yoga and kickboxing and of course talking about the stars and what she has learned from Dr. Turi. Check out her web page: CosmicCodeRadio.com.

You have been taught to respect the laws of the physics, the rules of the road and I am here to teach you a very old set of Universal laws that were taken away for us, cast aside laugh at and dismissed by the force of evil. Ignoring God’s higher order has brought this world to its knees where fears, chaos and endless wars rule. The year 2012 is the golden door to humankind spiritual freedom where apocalyptic religious nonsense has no room and I hope you will become a sponsor of my "Cosmic Code" reality show.