It's time for a City Council that leads us into the new millennium with a solid and comprehensive plan that works for all Washingtonians.

Join Senator Michael D. Brown on BBS Radio - Station 2 - for a Town Hall meeting to discuss the issues that are important to you. 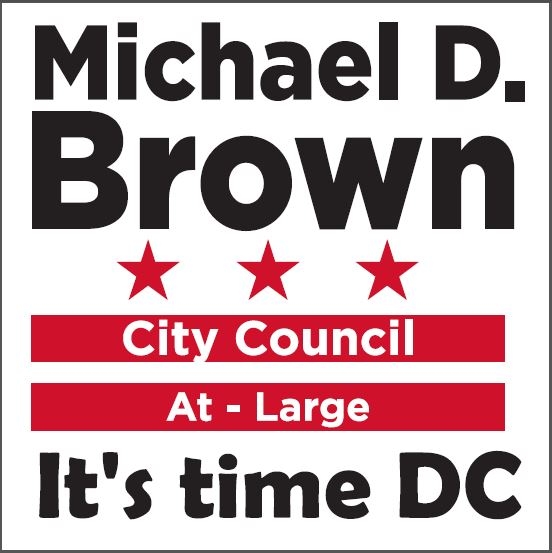 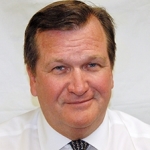 Michael D. Brown has been involved in national and local politics for 35 years. 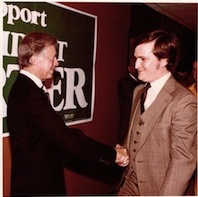 Starting in 1980, Michael worked for the Democratic National Committee where he served on staff for four years with such political luminaries as Ron Brown who became Chairman of the DNC and latter Secretary of Commerce; Terry McAuliffe, the current Governor of Virginia and United States Senator Mark Warner (D-VA).  He then went on to become the Administrative Director of one of the City's most prestigious non-profit organizations, The Center on Budget and Policy Priorities.

After leaving the Center in 1985, he started his own consulting firm which served national political and non-profit organizations for 25 years. He built Horizon Communications Corporation into a successful business that billed out over a million dollars a year. Horizon was a vendor to the National Democratic party for more than 20 years and worked on dozens of national and local political campaigns, including four presidential campaigns. In addition, he has served in many capacities at the past 10 national conventions of the Democratic Party, including being an Obama Super-Delegate twice.

President Jimmy Carter thanked him personally for his "dedication and hard work."

Barack Obama said that "Even without a vote, Senator Brown has always been a strong advocate for the rights of DC residents ". 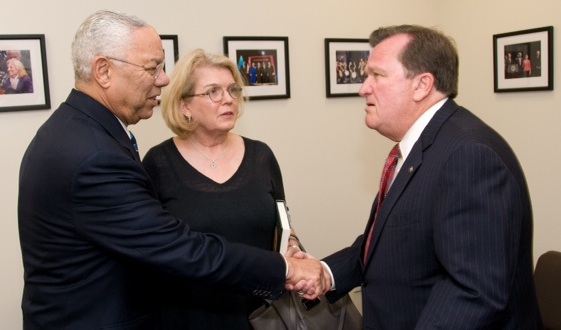 In addition to his national service, he has been elected three times in the District of Columbia. First as an ANC Commissioner in ANC 3-E in the mid 1990's and twice as the United States (shadow) Senator for the District serving in that capacity for the past eight years. In 2012 he received 207,000 votes citywide for this office in the general election. In addition he has been a community activist working on transportation issues in ward three, President of the Western Avenue Citizens Association and a member of the Vestry (Board of Directors) and a Youth Group leader at Saint David's Church in Northwest Washington. He has also been elected twice as a delegate to the Ward Three Democrats.

Michael is the founder and Director of the DC based national non-profit, Teach Democracy DC, which helps social studies teachers nationwide integrate lessons about the District's disenfranchised status into their government and high school civics curriculums. He also hosts an hour long radio show, Shadow Politics, which deals with issues ranging from Statehood for the District, to national and international affairs. The show has aired every Sunday for the past 18 months on the BBS Internet Radio Network and on community radio every weekday morning in the northeast. 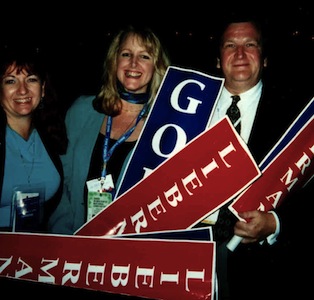 He has trained political candidates through the organization, INDN'S List and is on the Advisory Board of the Leadership Development Council here in the District, which trains potential candidates in civic leadership. Michael has received an award for his leadership in the movement to attain DC Statehood from a coalition of statehood groups including the local ACLU. He was also given an award in recognition of his years of service to The Government Accountability Project and recognized as an outstanding trainer by INDN'S List. In 2014 a local Veterans service organization gave him an award for his dedication to DC Veterans and their families. Michael worked his way through College and Graduate school (he was orphaned at the age of 16) and holds a BA in Government and an MA in Public Policy from the University of Maryland. He has lived in Washington for more than 30 years and has been married to his wife Pat, a DC public school librarian,  for the past 23 years. Together they have raised three wonderful children, all who have attended only DC public schools. Two are now in college and the third is a junior at Woodrow Wilson High School in Northwest Washington.