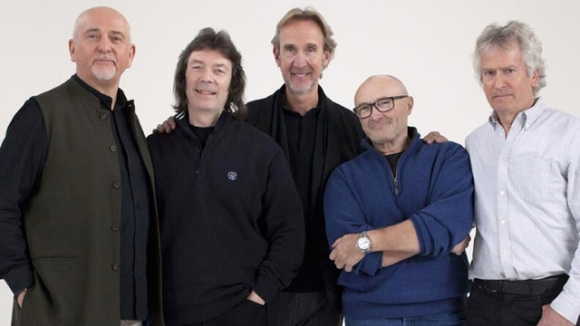 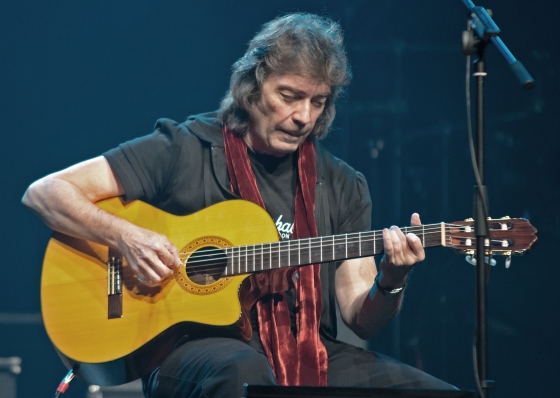 British virtuoso guitarist, singer and songwriter Steve Hackett is a musician’s musician. While Hackett’s musical realm is limitless, he is widely renowned for his intricate progressive and classical rock guitar stylings and composition with Genesis.  But over the years, Steve Hackett has affectionately embraced numerous musical genres while brilliantly composing, arranging, and recording track after track of pristine musical enchantment.

In 1975, Peter Gabriel left Genesis to pursue a solo career. After auditioning hundreds of singers to replace Gabriel, it was decided to promote Phil Collins to the new lead singer role. Genesis had been perceived as Peter Gabriel’s band by many of their fans until the release of the critically-acclaimed … A Trick of the Tail album in 1976.  The release featured an incredible musical accord between bandmates and became a masterpiece. Later that year … A Trick of the Tail was succeeded by the Wind & Wuthering album, another exceptional effort by Genesis.

After the Wind & Wuthering album Steve Hackett departed Genesis. Some of Steve Hackett’s magical and memorable moments with Genesis include legendary performances on the tracks…  “Horizons,” “Blood on the Rooftops,” “Firth of Fifth” and “Fountain of Salmacis.”

In 1985, Steve Hackett and Steve Howe (Yes, Asia) united to form GTR. The band released their self-titled debut album in 1986 produced by Geoff Downes. The release spawned the hit “When the Heart Rules the Mind” reaching #14 on Billboards’ Hot 100 Singles Chart. GTR disbanded in 1987.

On March 15th of 2010, Steve Hackett was inducted into the Rock and Roll Hall of Fame as a member of Genesis. He joined Phil Collins, Tony Banks and Mike Rutherford onstage but did not perform.

Most recently Esoteric Recordings announced the official release of a 2 disc deluxe edition of GTR, the self-titled 1986 album by Steve Hackett and Steve Howe’s band GTR. This edition has been newly re-mastered and is presented here with the addition of a bonus 14-track CD of GTR live in Los Angeles in July 1986. There are also three bonus tracks taken from promotional 12-inch singles of ‘When the Heart Rules the Mind’ & ‘The Hunter,’ two of which appear on CD for the first time. 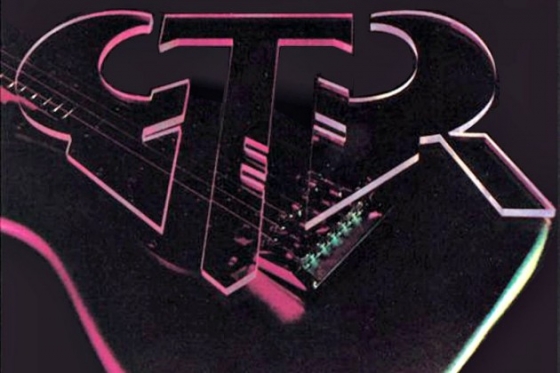