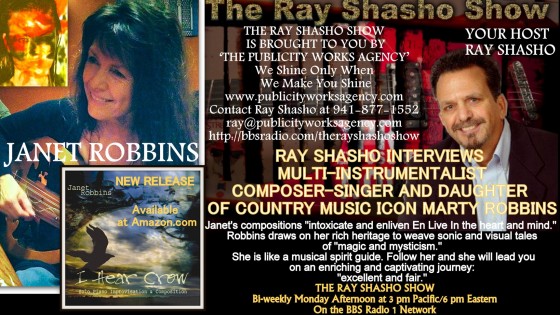 Janet's compositions "intoxicate and enliven En Live In the heart and mind." Janet Robbins draws on her rich heritage to weave sonic and visual tales of "magic and mysticism." She is like a musical spirit guide. Follow her and she will lead you on an enriching and captivating journey: "excellent and fair."

In these nursery rhymes and fairy tales, you fly the cockeyed route
of a silly tool!  Crafty forager–stealing seeds from my garden, you
appear. You crack me up!  The way you teeter and tot, pop!

Will you sing now too?  I hear it’s often in your solitude your notes
ring. Why, do you follow me?  I’ve got no bread.  And you make
such noise that rattles my head!

But your magic is strong—your unexpected genius.

Amuse me! Bemuse me! For soon I shall attend the busyness
of the world.  I must, I must attend!  But I hear Crow…

To purchase I Hear Crow -Solo Piano Improvisation & Composition or find out more information about Janet Robbins and her music visit http://janetrobbinsmusic.com/ 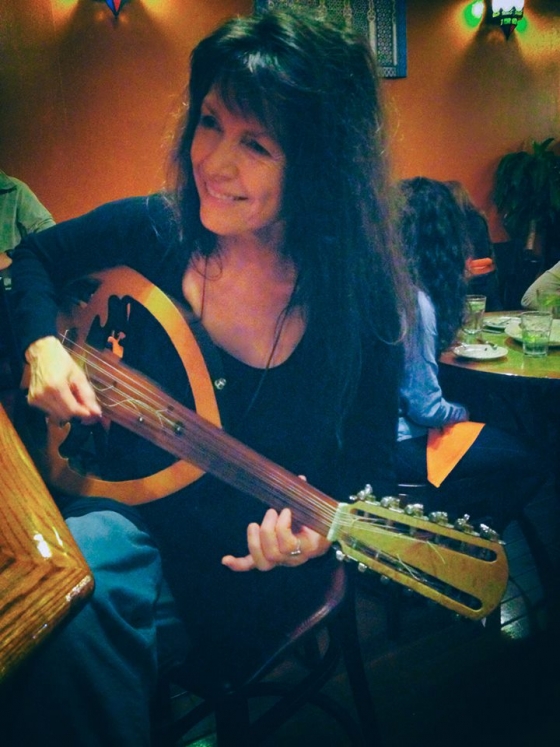 Our Very Special Guest Today Is

Janet Robbins was born in Nashville, Tennessee into a musical family. At five she began playing piano, rocking her Dr. Seuss songbook, and soon began to tour the neighborhood with a friend performing their own songs and commercials. She gained critical acclaim for her role as a piece of Oscar Mayer bacon in a frying pan, which may have led to her becoming a vegetarian. Janet's childhood love of bugs (and consequent building of much needed bug hospitals) was a foreshadowing of her later love and nurturing of animals, particularly the multitude of rescued Siberian Huskies she lives with.

Janet eventually made her way to Los Angeles, playing and composing in bands. She then discovered a different compositional voice in the creation of atmospheric soundscapes that incorporate her vocal and instrumental talents as well as diverse cultural influences absorbed from her travels. This new musical direction led to her three CD series, Carrying the Bag of Hearts Interpreting the Birth of Stars, and was followed by the critically-acclaimed Song of the Gypsy Tree. She is also the featured vocalist on Chris Armstrong's second CD in the Spaceage Furniture Music series.

Her music is "visual," "cinematic," "like a rich and sultry warm chocolate bath, but with surprise flecks of garam masala and chunks of ginger to awaken the senses." Her compositions "intoxicate and enliven the heart and mind." Janet Robbins draws on her rich heritage to weave sonic and visual tales of "magic and mysticism." She is like a musical spirit guide. Follow her and she will lead you on an enriching and captivating journey: "excellent and fair."

Janet Robbins grew up in a Nashville household that included legendary dad, Marty Robbins. Robbins was an illustrious country & western music entertainer with numerous hits including several that reached the pop charts. One of Robbins most memorable tunes was “El Paso,” a #1 chart topper on both the country and pop charts. Marty Robbins was respected and emulated by legendary artists such as Elvis Presley, Frankie Laine, Johnny Cash, The Grateful Dead and The Who. Marty Robbins was also a multi-instrumentalist performer.

She was told not to follow in her famous father’s footsteps by her dad. According to Janet, Marty Robbins kept his personal life private, not wanting to expose his family to all the glitz of show business. And she admits that she rarely got to see him perform. Janet stayed away from music for the first half of her life and was not a fan of country music. Instead at an early age embraced, The Doors hypnotic single, “Riders on the Storm.”

Janet would soon be captivated by artists such as Yes, Pink Floyd, Jeff Beck, Led Zeppelin and ambient music pioneer Brian Eno. Janet was also influenced by classical greats Chopin, Beethoven, Mozart and Dmitry Kabalevsky. Robbins music is categorized somewhere between progressive/ambient/ and experimental. But she has an indefinite talent that could easily embellish any existing genre.

To purchase I Hear Crow -Solo Piano Improvisation & Composition or find out more information about Janet Robbins and her music visit http://janetrobbinsmusic.com/ 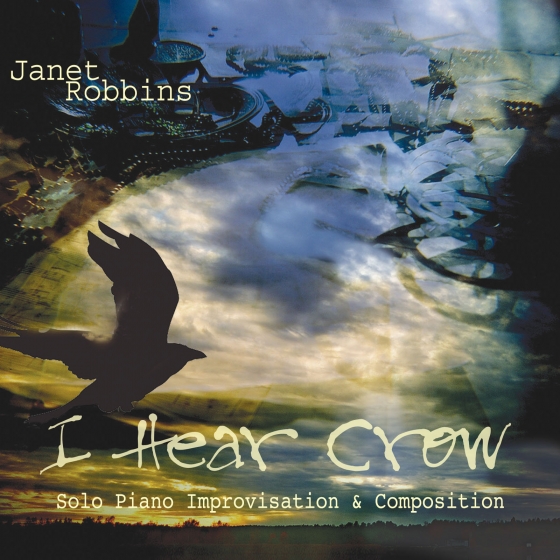