On my show scheduled for May 16, 2010 my guest and myself will be discussing his opinion about 911 being an inside job. Here is just part of what this program is going to talk about. Please read the info and make sure you tune in for this eye-opening program and then you be your own judge.

After hundreds of hours of research, it is my opinion that 9/11 was an inside job planned and orchestrated by elements of the United States government with probably the assistance Mossad, the Israeli secret service. I will not get into all of the reasons for my opinion but you can find these reasons in the form of many articles and videos on my website which is www.911insidejob.net.

This false flag attack was the linchpin that allowed this neoconservative government to implement PNACs world domination and New World Order agenda. It has allowed this government to decimate the United States Bill Of Rights and to illegally attack Afghanistan and Iraq resulting in the deaths of hundreds of thousands of innocent people.

This false flag attack has allowed the neoconservative executive branch to start the fake war on terror in order to support its agenda of world domination by spending trillions of dollars for the military and for homeland security. This neoconservative executive branch was made up of at least 32 Israeli dual citizens, many of whom are members of PNAC. The anthrax attack on leading members of Congress in 2001 made it clear to members of Congress that if you are not with us, then you are against us and in addition, something detrimental will happen to you.

The military-industrial oil complex, which is funded by the private central banks of the world, the Federal Reserve Bank, the Bank of England, etc. has over the past eight years perpetrated an economic 9/11 on this country. go to www.911insidejob.net 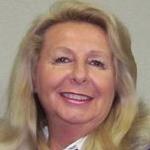 Nancy is the owner and founder of Psychic Resources . She has been doing intuitive life coaching for 30 years.  Nancy uses her tarot cards to help interpret the fifty words a second that comes through her during a counseling session, (you can see a sample of Nancy's cards by going to her web-site, you will wonder how she read them, most of the pictures are missing and and they have grooves in the sides from the way she shuffles). The cards displayed on this web site are a few cards from Nancy's deck she has used for 25 years. They show the wear from all of the love that has been demonstrated to her clients. Nancy has established a clientele of hundreds of clients, and probably into the thousands of clients across the United States and Europe.