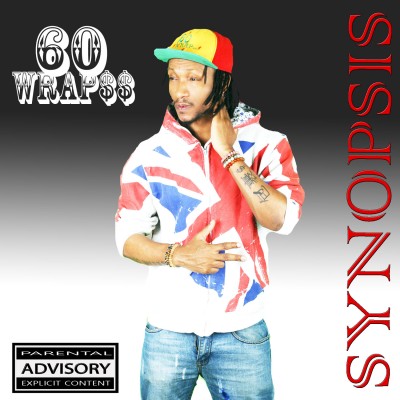 60 WRAP$$ was only 4 years when he started dancing and going for shows ,he join boys scout at the age of 10.The Hip Hop/Rap R&B/Soul/Rock Artist and actor at 16 years he wrote an epic film which went for script conference and was accepted with the help of Late sam Loco ife.

He also wrote college movie which he collaborated with NTA National Television Authority Abakiliki Ebony state . Striving for perfection, 60 WRAPss join AGN and other actors association and also going for college shows he Resolved to compose, record and produce his own music 2009, 60 WRAPss created his own home Tools based studio and started online classes music. He accumulated more and more knowledge, experience and equipment in the years. In 2013, 60 WRAPss started recording His album, he will release his debut album "Synopsis" on Dec. 08, 2015.

The truth, lie, fear, love, illusion and trying to run away from everybody and everything are a part of people’s life, they not only define their relationships but become the inspiration for the creation of the songs in the album and its name Synopsis.

The Album consists of 12 songs with 60 WRAP$$ as the author of the music, lyrics and arrangements.The recording, mixing and mastering was done in collaboration with Kenzeal sound producer in the Kenzeal Records Studio Malaysia.

His kind of Music is totally different from others because he has different genre in his music,making him Unique.