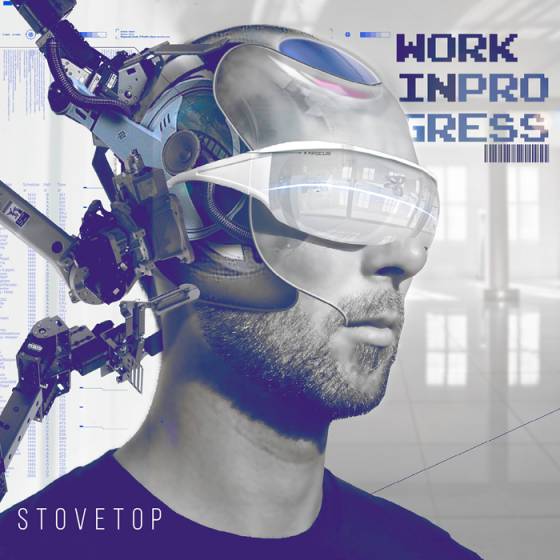 Even before he discovered his passion for rhyming, music was an important aspect of up-and-coming Christian rapper Lee “Stovetop” Stover’s life.

The 30-year-old Adrian, Minnesota, native grew up loving Michael Jackson, Motown and 2000s era Boy Bands such as the Backstreet Boys and N*Sync; however, when he arrived at Northwestern College in Orange City, Iowa, hip-hop became his primary musical love.

During his college years, Stovetop wrote raps and experimented with production, but never really felt comfortable publicly displaying his skills until he started making music catered directly to his dorm mates at Northwestern.

Describing it as a fraternity like atmosphere, Stover said his dorm mates took a shining to his ability to use his talent to drop bars filled with inside jokes and familiar stories.

After graduating from Northwestern in 2010 with a degree in public relations, Stovetop decided to take his desire to rap a little more seriously and began investing himself financially and by consistently writing rhymes in his downtime, something he still does today.

Additionally, he partnered with a then new Northwestern student, Jeriah “Jay-Rah” Dunk, a now California-based Christian music artist and producer, who also aided him in quest to take his craft to the next level.

Armed with better equipment, more confidence in his ability and a solid collaborator, Stovetop started sharing his gift with the world, something that allowed him to slowly build up a following in Northwest Iowa and surrounding region.

“Work in Progress” is the culmination of five years of effort and the title serves as a reminder to people that you should never stop trying to improve yourself or finding ways to things do better.

Stylewise, Stovetop has a hard time describing his musical style, but the lyricst is heavily influenced by both secular and Christian artists such as Andy Mineo, Drake, Lecrae, NF and tobyMac, a trait reflected by the extreme versatility on display in his burgeoning catalog.

While he has difficulty narrowing down a way to describe himself as an artist, he is adamant that spirituality, positivity and encouragement are standard pillars of his music.

When he’s not making music, you can find Stovetop overseeing marketing for Rise Ministries, a Sheldon, Iowa-based ministry best known for putting on the national recording act drawing annual RiseFest event or djing as one third of Stovetop Productions.

In addition to that, the Sheldon resident likes to watch movies, play video games, go running, play basketball and spend time with his expectant wife and 2-year-old son.