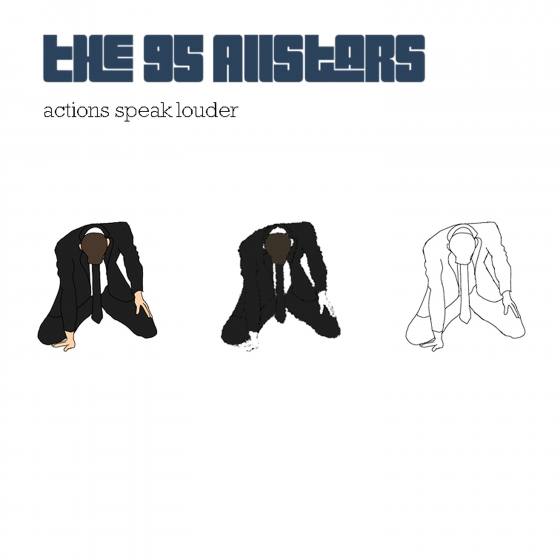 Artist or Band Name
The 95 Allstars
Websites
Facebook
Instagram
Twitter
Spotify
Email Address
tim@toptableconsulting.com
Times have changed for these young (ish) lads from Surrey. As time has gone by, so have the many bands they have played in over the years. Original bands with an Indie, funk, Hip Hop and Alternative Rock vibe. To keep our respective musical passions alive Tim, Dan and Rich formed The 95 Allstars, originally as a covers band to have fun, play live and remind people how much brilliant music there is in the world...especially when it’s played loud!
We avoided the typical covers cliches and just focussed on the tracks we wanted to play. The ones which came from the soul. The ones that inspired us through our youth; the tracks we air guitared in front of the mirror to. We soon found out that our passion for music was shared by a whole community of people and we developed a great live following on the gig circuit.....and for years, that’s how it was; until of course, the inevitable happened.
During rehearsals, original ideas soon morphed into memorable riffs, these riffs grew into extended jams, these jams evolved into songs and suddenly we stood on the precipice of glory with an exciting selection of original material in our songbook.
So, we focussed our attentions on The 95 Allstars headquarters (Tablee Road Studios) and started laying down these tracks; to let the world hear the songs our shared experiences had created.
Our first release was a AA side single, which consisted of the highly catchy ‘Where You Got Me’ and the more reflective ‘Skin and Bone’. We followed this up with the powerful ‘Stalemate’ and then the Award-winning ‘Opposites’. Then came the dance influenced ‘Hands High’ followed by the incredibly anthemic ‘Expectations’ and then the massive singalong ‘These Words’.
All of these songs are available now on Spotify, Apple Music, YouTube, Amazon Music etc to stream or download.
More tracks to follow and we look forward to returning to our roots as a live band soon by taking these new songs out on the road and performing them live!
Indie
Rock