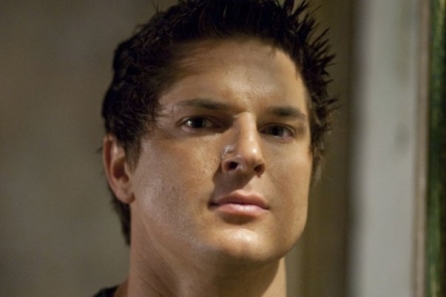 Zachary Alexander (Zak) Bagans (born on April 5, 1977) is the lead investigator and co-founder of the Ghost Adventures Crew organization, one of the largest worldwide network of professional paranormal investigators. Zak was born in Washington, D.C. and currently lives in Las Vegas, NV.

As a former skeptic, Zak says that his passion for investigating the paranormal resulted from a face-to-face encounter with the spirit of a suicidal woman in his apartment building in Trenton, MI, in 2002. He graduated from film school in MI.

Zak is known, and sometimes criticized for his aggressive and confrontational methods used during investigations; however, he maintains that he respects the afterlife and only provokes evil entities in order to elicit responses.

Zak wrote a book with Kelly Crigger titled “Dark World: Into the Shadows with the Lead Investigator of the Ghost Adventures Crew”. The book debuted at number 18 on the New York Times Best Seller list on September 23, 2011.

2012 remains a busy year for Zak: he continues hosting and producing the “Ghost Adventures” Series (currently on Season 7); he launched his private clothes line called “DungeonWear” on Aug. 18; has been in two music collaborations, one within the new Lords of Acid album “Deep Chills” with a song called “Paranormal Energy” and the other with Praga Khan with the full length album entitled “Necrofusion”, set to be released on October 23; and is the Executive Producer of a new show on the Travel Channel, “Paranormal Paparazzi”, which premiered on September 28, 2012.