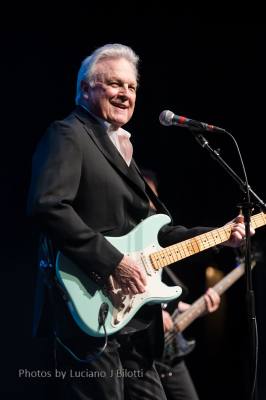 When recollecting those perpetual hit makers of the ‘60s, singer/songwriter Tommy Roe’s accomplishments are among the elite of the music industry. Tommy Roe wrote and recorded (6) Top 10 hits between 1962 -1969, more than any other solo American artist, including (11) Top 40 hits, (4) certified gold singles, and (2) #1 Hits.
Tommy Roe is a member of the Hit Parade Hall of Fame, The Georgia Music Hall of Fame, and The Rockabilly Hall of Fame.  Rock and Roll pioneer Tommy Roe became an overnight Top 40 radio sensation with his 1962 #1 Hit “Sheila,” a tune in which Roe pays homage to Buddy Holly. Tommy Roe scored again the following year with his Top 10 hit, “Everybody” reaching #3 in the U.S.
In 1963, Tommy Roe and Chris Montez (“Let’s Dance,” “Call Me,” “The More I See You”) toured with an up and coming rock and roll band called The Beatles.  Roe initially tried to get The Beatles a recording contract but was told by a record executive to stick to writing music and leave the record business to him. When The Beatles popularity materialized, Tommy Roe was asked to perform at their first American concert at the Washington Coliseum in D.C. Because of an overseas wave of music to hit the U.S. called the British Invasion, Roe was forced to conceive a new sound.
In 1966, Tommy Roe’s #8 Top 40 bubblegum hit, “Sweet Pea” swept the nation, followed by a British Invasion influence release, “Hooray for Hazel” which reached #6 on Billboard’s Top 100.
In 1969, Tommy Roe struck gold twice with the prevailing, “Dizzy” reaching #1 and the Freddy Weller (Paul Revere & the Raiders) co-written tune, “Jam Up and Jelly Tight” peaking at #8 on the Billboard charts.

Tommy is releasing a new 4-song EP 2020 Vision in the digital era of music.

“I love making music,” says Tommy. “There is something special about getting in the studio and being surrounded by great musicians that just brings an electricity of creativity. I just can’t get away from that! Even after all these years, I get excited knowing that I will be making new music.”

Sun In My Eyes...   Looking For A Thrill 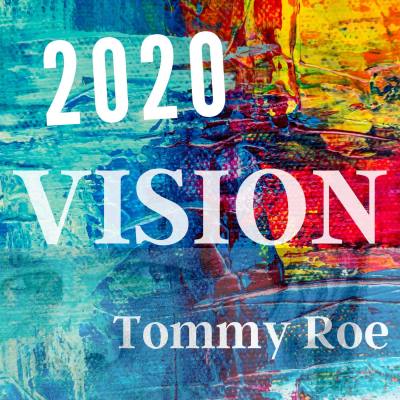