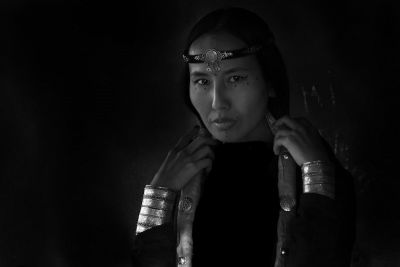 Snow Raven (SUOR) was born in one of the most remote and cold inhabited places in the world – the Republic of Sakha – Yakutia (arctic Siberia). She was three years old when she started to learn the language of birds and animals. Her voice takes its breath from traditional Sakha culture and is truly an instrument. She is the creator of “arctic beatbox” – the reindeer breath and “Neoshamanic Healing” ceremonies, founder of OLOX records, and Kut-Sür: Temple of Shamanism and Science.