Player Flashbacks through the Decades

This book approaches the Steelers organization and players in a way no other book has – spanning across seven decades of Steelers players, the book is comprised of personal and on-field stories. Author, Ron Lippock has conducted over 400 interviews with former Steelers – from those that played in the 50’s, through ones that have just recently retired.

These stories and memories are amassed not only from the household names like L.C. Greenwood, Donnie Shell, Antwaan Randle El, Rocky Bleier, and Tommie Maddox, but also from the hundreds of players who fought just to make the practice squad. Their contributions and struggles, successes and failures, all helped to define the Steelers as an organization just as much as the many Hall of Famers.

These players discuss the adversity they faced – the physical impact of the game, the stress of making and keeping one’s position on the team, mentoring younger players even as they sought to take their roster spot, moving from team to team, and more.

Players reveal the humor behind the game and how it affected them – from the jokes teammates played on one another in the locker rooms, meeting rooms, and hotels, to the on-field pranks and antics fans are otherwise not privy to.

Ron Lippock is the Publisher of the Pittsburgh Sports Daily Bulletin, a daily newsletter that covers Pittsburgh sports new. Over the five-plus years of publishing the newsletter, Lippock has interviewed hundreds of former Pittsburgh athletes, coaches, media, artists, and more, focusing on their more personal experiences and insights. In his day job he is a media executive with experience in traditional print publications and new media. He holds a Master’s degree in publishing from NYU, backed up by 20+ years of industry experience. Ron currently resides in Washington, D.C. 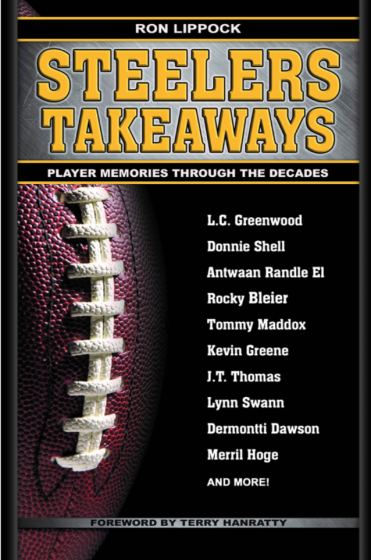