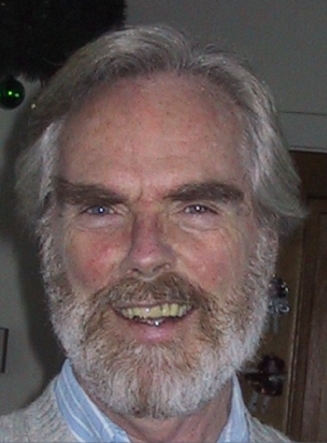 Roger Nelson, PhD, Director and designer of The Global Consciousness Project, also known as the EGG Project, was Coordinator of Research at the Princeton Engineering Anomalies Research (PEAR) laboratory, Princeton University, from 1980 to 2002, when he retired. He founded the Global Consciousness Project (GCP) in 1997, and has directed the project since its inception. Roger's broad interests in psychology, physics, philosophy, and the arts have generated opportunities to collaborate with creative interdisciplinary teams at PEAR and elsewhere, developing technologies for studying consciousness and intention. He has a strong interest in the theoretical, philosophical, and practical implications of direct interactions of mind and matter, which help to define the role of consciousness in the world.

In 1993, building on years of laboratory experiments, Roger began using random event generator technology in the field to register correlations of data with special states of group consciousness. This work led to the world-spanning GCP network, designed to look for indications of a global consciousness responding to major world events or great celebrations like New Year’s Eve. After several years of purely scientific focus, with careful research yielding increasingly persuasive evidence, Dr. Nelson has begun to make public presentations about the GCP. The findings imply that we can be creative participants in determining our future, and that we have the capacity and responsibility for conscious evolution.

It is one of humanity's most enduring spiritual traditions: the idea that all life or all consciousness is interconnected. Human groups, whether ethnic, religious, or racial; as various as the Iroquois, the Sufis, and Western European Freemasons, all incorporate it into their belief structures. References to it can be found in ancient documents of the classical world, both East and West. It is a very compelling idea, spanning both millennia and the vast complexity of human cultures. Yet, as compelling as the concept is emotionally, only in recent decades has any objective evidence emerged that such a construct might be valid. Even this work, in fields as various as physics, parapsychology, and biology, has provided only suggestions, largely because the research was not conceived in global terms but, instead, focused on more limited vistas. Indeed, much of the relevant research has regarded only individual performances in experiments on anomalies such as telepathy, mind/matter interactions, and distant healing. Somewhat broader vistas are opened in studies of group resonance and morphogenetic fields.

Until very recently, taking the kind of global real-time measurements necessary to evaluate objectively what Jung called the Collective Unconsciousness, and Teilhard de Chardin described as the Noosphere -- a sheath of intelligence for the Earth -- was not a real possibility. Two events, however, have changed this picture. The first is the development of a reliable measurement technology using Random Event Generators (REGs) linked to computers, together with soft- and hardware necessary to do very large and complex multivariate analyses on desktop machines. The second is the rise of the Internet, itself a kind of global consciousness network, albeit one linked very much to the physical world of electronics. For the first time, the objective measurement infrastructure necessary to undertake an evaluation of consciousness on a global scale is broadly accessible. This proposal describes such an effort, the Global Consciousness Project (GCP).

The Global Consciousness Project (GCP) is an international effort involving researchers from several institutions and countries, designed to explore whether the construct of interconnected consciousness can be scientifically validated through objective measurement. The project builds on excellent experiments conducted over the past 35 years at a number of laboratories, demonstrating that human consciousness interacts with random event generators (REGs), apparently "causing" them to produce non-random patterns. A description of the technical implementation is given under procedures.