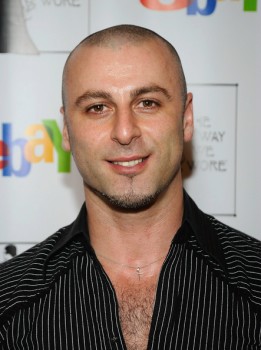 The son of the former Miss Jordan, Rami Kashou grew up in style. Kashou was born in Jerusalem on May 11, 1976 and raised in Ramallah where he was often commissioned by the local town socialites to design their ensembles.

Upon arriving in the U.S. in 1996, Kashou worked in retail for several years. This eventually led him to a buying and merchandising position at a well-known boutique in Los Angeles. After a stint of traveling to Europe as a buyer, Kashou bit the bullet and purchased two sewing machines. He vigorously studied pattern making from the local vintage boutiques. "I would buy a piece and take it apart and inspect it, then I would learn." Kashou said. After three years of self-education, he began creating what would later be known as the "One of a Kind" collection that was picked up by various notable Los Angeles boutiques.

A seasoned veteran of runway shows, Rami Kashou has shown his devotion and passion for groundbreaking feminine design, and as a result has become one of the most coveted runway shows to attend during fashion week, attracting celebrities such as Jessica Alba, Christina Aguilera, and Amy Smart. He was honored with the Gen Art Alumni sponsorship to showcase his collection in the tents of Bryant Park in addition to his numerous seasons at Mercedes Benz Fashion Week at Smashbox Studios in Los Angeles.

Known for his dramatic red carpet gowns, Rami has draped the silhouettes of celebrities and trendsetters such as Her Majesty Queen Rania of Jordan, Penelope Cruz, Malin Akerman, Dita Von Teese, Heidi Klum, Jennifer Lopez, Fergie, Becki Newton, Paris Hilton, and Lindsay Lohan to name a few. His designs have graced the pages of the New York Times Magazine, Vogue, Women's Wear Daily, Interview, Elle, In Style, and Flaunt amongst many others.