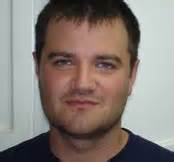 Paul Gackle grew up in the newsroom and he’s determined to carry journalism into the future.

Gackle started covering sports for his family’s newspaper, the McLean County Independent, in North Dakota as a teenager and he recently reported on the Giants, 49ers and A’s as a columnist for the San Francisco Examiner.

In addition to the Examiner, Gackle has published work with the East Bay Express, the Winnipeg Free Press and PBS Frontline.

Growing up in Canada, Gackle fell in love with hockey. He blogged about the now-defunct San Francisco Bulls in his first iteration of The Gackle Report and was the team’s color analyst on for radio on KNBR.com and TV with Comcast Hometown Network.