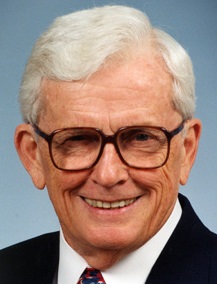 CONGRESSMAN PAUL FINDLEY - Author, speaker and pundit Paul Findley served in the United States Congress for 22 years representing central Illinois. Before his Congressional service, Mr. Findley served as a Naval officer with the Seabees in the Pacific in World War II, followed by work as  a newspaper editor in Jacksonville, Illinois.

Mr. Findley is the author of the best-selling book They Dare to Speak Out: People and Institutions Confront Israel’s Lobby, first published in 1985 and most recently updated in 2003. This was the first book to expose the power of the Israel Lobby throughout the United States: in Congress, academia, and the press. A reviewer noted:

“Because he questioned blind American support of Israel, the lobby deprived a conscientious Illinois congressman of the seat he occupied for 22 years. In doing so, it freed Paul Findley to write the most powerful expose to date of Israel’s abuse of American trust, a book which may prove Admiral Moorer’s prediction to him that ‘the American people would be goddam mad if they knew what goes on.'”

Mr. Findley is also the author of Deliberate Deceptions: Facing the Facts About the U.S.-Israeli Relationship. Richard Curtiss, Executive Editor of the Washington Report on Middle East Affairs and a former career Foreign Service Officer, called the book: a “treasure trove of information about Palestine, Israel, and the latter’s relationship with the U.S.”

Curtiss went on to state: “All Americans who are serious about tipping U.S. policy back toward even-handedness in the Middle East will find this book useful, in fact essential…. Use of Findley’s clearly organized and carefully indexed facts will make readers highly effective in convincing their countrymen that, collectively, Americans have been too gullible for too long.”

Mr. Findley is also the author of A. Lincoln, the Crucible of Congress, Silent No More: Confronting America’s False Images of Islam, and The Federal Farm Table.

Mr. Findley has received numerous distinctions, among them: 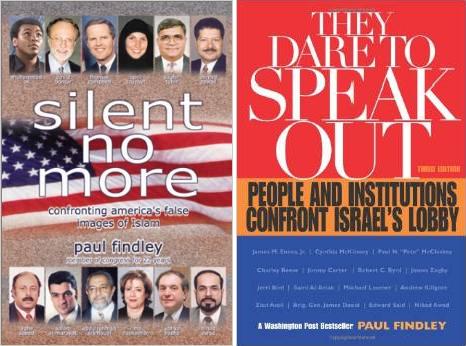