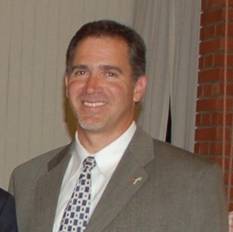 Miko Peled is a peace activist who dares to say in public what others still choose to deny. He has credibility, so when he debunks myths that Jews around the world hold with blind loyalty, people listen. Miko was born in Jerusalem in 1961 into a well known Zionist family. His grandfather, Dr.  Avraham Katsnelson was a Zionist leader and signer on the Israeli Declaration of Independence.

Miko’s unlikely opinions reflect his father’s legacy. General Peled was a war hero turned peacemaker. The general clearly stated that contrary to claims made later, the 1967 war was one of choice, and not because there was no existential threat to the state of Israel. He then dedicated his life to the achievement of Israeli Palestinian peace.

The political becomes personal with Miko’s stories. He might have learned compassion from his mother who, in 1948, refused the offer of an Arab home in West Jerusalem with the understanding that the family who lived there were now forced to live in a refugee camp. As the daughter of one of the signers of the Israeli Declaration of Independence, Miko’s mother could have used her position of entitlement to get a lovely home for herself and her family. But she said, “No.”

Miko grew up in Jerusalem, a multi-ethnic city, part of a system that conspired to keep Palestinians and Israelis separate. The Arabs of Israel, as the Palestinians are called– the laborers, janitors, cooks, etc. are indistinguishable from Arabs across the Middle East and as such had no special connection to Jaffa, Lod, Ramle, Lydda, Haifa, Jerusalem or any other part of the land of Israel. Miko had to leave Israel before he made his first Palestinian friend, the result of his participation in a dialogue group in California. He was 39.

Peled insists that Israel/Palestine is one state. Facts on the ground are undeniable and irreversible– massive investment in infrastructure, cities,schools and malls for Jews only, Jewish only highways bisect and connect ever expanding settlements on the West Bank, the separation wall and the checkpoints have destroyed the possibility of a contiguous, viable Palestinian state. The question for Israelis, worldwide Jewry and the international community is: What kind of a state do we really want to see? An apartheid state with half the population confined to intolerable bantustans, without access to proper nutrition, medical care or clean water, condemned to humiliating long lines at checkpoints?

Or, will Israel/Palestine transform itself into a secular democracy for the five and a half million Israelis and almost five million Palestinians who live between the Jordan River and the Mediterranean Sea. To become such a sanctuary, Israel must give up the idea of Jewish dominion over all the land and resources.

Before Miko came to hold such a vision, he had to face his fears. Driving alone in the to Palestinian towns in the Galilee or the West Bank in a car with license plates that identified him as Israeli, Miko imagined a terrorist lurking behind every curve of the winding road following the rolling hills. Heading towards the village of Bil’in for the first time, he silently questioned if he was crazy to trust “these people”? Peled was afraid but kept on driving until he found the village and was greeted by friends.

The solution might be obvious but the problem remains, how to change the existing paradigm– from fear and loathing to co-existence? At the heart of Peled’s solution lies the realization that Israelis and Palestinians deserve to live in peace as equals in their shared homeland. At the a gathering in Taos, New Mexico, an Israeli woman who heard Miko speak told Miko that his father was the hero of her childhood, and in fact, a photograph of the general hung in their home. “It is an honor to meet the son of Matti Peled,” she said, “I had given up hope for any kind of just solution and try to stay removed from events there but I see how much you care and meeting you gives me hope.”

Those who cling to fear, mistrust or greed are under the false assumption that Palestinians and Israelis have a choice other than to live as equals. But it’s inevitable – the wall must come down, and the two people must be allowed to live as equal citizens in their shared homeland. Refusing this means condemning future generations of Israelis and Palestinians to ongoing mayhem and violence.

And Miko Peled’s family knows about that too. On September 4, 1997 they have lost their beloved Smadar, 13, the daughter of Miko’s sister Nurit and her husband Rami Elhanan to violence.

The bible tells us a great story of the patriarch Abraham willing to sacrifice his beloved son, Isaac to prove his faith. At the moment of truth, when Abraham was about to kill his son an angel appeared telling Abraham not to harm the boy. In the Koran, Abraham is about to sacrifice Ishmael to the same God and the angel of God appears telling him not to harm his beloved son, Ishmael. The moral of the story is quite clear: Neither Israelis or Palestinians are called to sacrifice their sons and daughters to war, in fact, whether we are believers or not we are all called by our God or our conscience to care for our children so that they may live in peace and grow up as the equals that they are.

ABOUT THE GENERAL'S SON by Miko Peled
In 1997, a tragedy struck the family of Israeli-American Miko Peled: His beloved niece Smadar was killed by a suicide bomber in Jerusalem. That tragedy propelled Peled onto a journey of discovery. It pushed him to re-examine many of the beliefs he had grown up with, as the son and grandson of leading figures in Israel's political-military elite, and transformed him into a courageous and visionary activist in the struggle for human rights and a hopeful, lasting peace between Israelis and Palestinians. Esteemed African-American author Alice Walker has contributed a very moving and thoughtful Foreword to The General's Son.

The journey that Peled traces in this groundbreaking memoir echoed the trajectory taken 40 years earlier by his father, renowned Israeli general Matti Peled. In The General's Son, Miko Peled tells us about growing up in Jerusalem in the heart of the group that ruled the then-young country, Israel. He takes us with him through his service in the country's military and his subsequent global travels... and then, after his niece's killing, back into the heart of Israel's conflict with the Palestinians. The book provides a compelling and intimate window into the fears that haunt both peoples-- but also into the real courage of all those who, like Miko Peled, have been pursuing a steadfast grassroots struggle for equality for all the residents of the Holy Land.