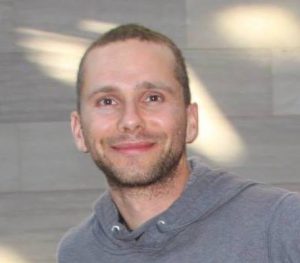 Matthew Landis is a Washington DC native and University graduate, who not only holds an MBA but was firmly entrenched in the financial world when he decided to take a break and become a filmmaker.  It was while pursuing this goal he worked on an organic farm in Humboldt County, California and close to nature.  This is when Matt noticed that anticipated weather patterns did not appear, rain fronts vanished in seeming correlation to the persistent white lines in the sky.

Matt, like many of us, stumbled upon Geoengineering of the Weather while working on a farm in the Pacific Northwest.  Observation led to research which led to awakening which led to devoted activism.  The more he became aware of what was happening in the skies and the toxins falling to earth, the GMO foods and their link to glyphosate and pesticides and the poisons contained in vaccines the more passionate he has become to put a stop to them.  Matt’s passion and energy knows no bounds and he is known to “walk the streets” talking to people and handing out flyers to each “jam session” he hosts where recently I was able to catch Matt on September 9th, 2016.

In May of 2016 Matt hosted what he calls his first annual Global Chemtrail Summit in Vancouver, Canada which featured not only Matt himself as speaker but some of our activist greats such as Elana Freeland, Amanda Baise, Patrick Roddie, Terry Lawton, Harry Rhodes, Scott Stevens and Eric Cypher.  Not only was this event a resounding success but Matt has vowed to have a Global Summit every year until there is an end to this toxic assault in our skies.

In the meantime Matt continues to devote his life everyday to the project, determined to bring transparency and scrutiny to our air.  As awareness is cultivated and strategic actions developed, Matt has made a documentary film about the aerial assault being inflicted upon us titled FrankenSkies.

Frankenskies - A film by Matthew Landman

FrankenSkies is an 80 minute social change documentary regarding the Solar Geoengineering/Chemtrail agenda that affects every living being on earth. The struggle of bringing awareness to this subject, despite the obstacles of a socially engineered populace and the military industrial complex with its endless resources, is palpable in this awakening truth feature.

An impeccably timed eye opening expose, the film reveals the campaign to normalize chemical cloud formations via atmospheric aerosol dispersals. Up against a normalization timetable encompassing a controlled media and an indoctrinated educational and political system, activists ask the question : Is your silence your consent?

A shocking informative film on climate engineering, frequency control and CIA manipulation, the film’s narrative unfolds through a historical timeline of experimentation on humanity, bringing us to a modern day laboratory that encompasses the air we breath and dictates when and where the sun shall shine, or not…

Matt’s motto is “Be the change you want to see in the world.”  Let us all be that change. 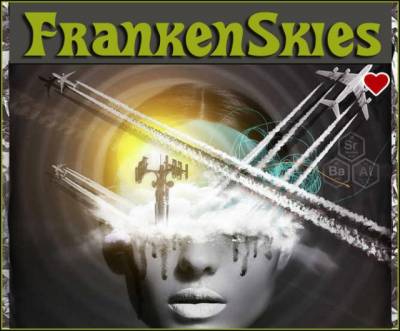