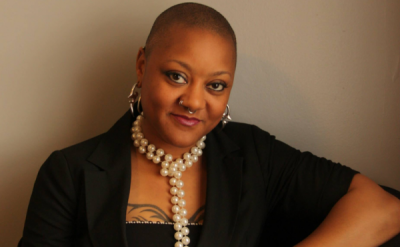 Marla Renee Stewart, MA is a professional sexologist, intimacy/relationship/sex coach, speaker, and author. She is the owner of Velvet Lips, a sexuality education company, as well as Contract Liberation, a company focused on research for non-profit groups. As a Lecturer at Clayton State University, she teaches Sociology and Women’s and Gender Studies.  Marla has studied human sexuality for over 19 years, has educated over 20,000 people in over 13 years, given over 400 workshops, and has served over 100 clients in her private practice, all around the world. She is well-known in the media. Marla has written over 200 articles and has been featured in over 20 magazines and books. Marla has been a guest on over 30 podcasts and featured in independent television shows. She was featured on Netflix’s Trigger Warning with Killer Mike, Love & Hip Hop Atlanta, and filmed as a sex expert for Personal Injury Court and Bad Girls Club: Atlanta. She co-wrote her first book, The Ultimate Guide to Seduction & Foreplay (2020) with Dr. Jessica O’Reilly and is currently writing a chapter and co-editing An Intersectional Approach to Sex Therapy, coming in 2021.