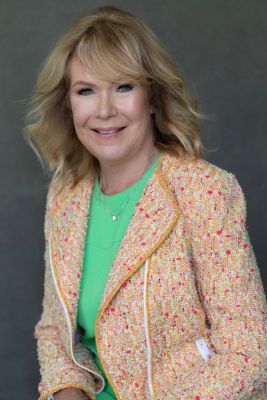 María was elected to Fielding Graduate University’s Board of Trustees in 2019, as a full voting member and still serves, and she served as Fielding’s Student Body President from 2018 – 2020.

María’s doctoral dissertation was on Female Genital Mutilation (FGM) and it is entitled, “USING THE BYSTANDER INTERVENTION MODEL TO IMPROVE EFFORTS TO REDUCE FEMALE GENITAL MUTILATION.”

She has become an activist in the eradication of the procedure which affects 200 MILLION girls and women who are alive today and this is the reason that she founded STOP THE CUT! Eradicating Female Genital Mutilation.

She was a member of a two-day conference in the United Kingdom on April 2019 about genital integrity. She also attended a United Nations event in June 2019 as well as traveling to London, November 2019 to personally interview global eradication activists.

María was a presenter at the American Psychological Association’s annual convention in August 2019. She spoke on a three-member panel, “Giving Psychology Away: Using Media to Your Advantage.”

A native Californian, Maria Sanchez graduated from the University of California, Davis where she earned a Bachelor of Science degree in the double major of Public Relations and Human Resources.  Ms. Sanchez also served as the Commencement Speaker at her graduation ceremonies.  After taking some time off, she decided to continue her education at Portland State University’s Master’s Program in Theatre Arts with an emphasis on Scriptwriting.

Ms. Sanchez began her professional broadcasting career as the producer for 103.5 FM KOST’s “Mark & Kim Show” at the time the longest running morning broadcasting team in LA radio history. While producing for the perennially popular Mark & Kim, she interviewed hundreds of guests covering numerous topics as the host of an uninterrupted half hour Public Affairs program.

Having found her calling as an interviewer, Ms. Sanchez transitioned from being the producer of the highly rated “Mark and Kim Show” to the most listened to talk radio station in America – KFI AM 640, Los Angeles.  During her stint at KFI, she was a permanent weekend host and often served as the substitute host for such talk radio favorites as Bill Handel, John & Ken, Phil Hendrie and Wayne Resnick.

Having gained invaluable professional experience in the largest market in the country, it was only a matter of time before she developed “The Maria Sanchez Show.” A topical, sometimes controversial, occasionally eclectic, always listener friendly, audience pleasing talk show heard on TALK 650 KSTE. It was not long before “The Maria Sanchez Show” was considered Sacramento’s must hear radio from 9am to noon, Monday through Friday.

With a desire to pursue opportunities in the television industry, the resourceful Ms. Sanchez returned to the metropolitan Los Angeles area and produced a sit-com pilot for NBC TELEVISION. Currently she can be seen moderating infomercials for a variety of products. During this time also co-created and anchored the debate oriented call-in participation show “Cross Talk” for the local NPR affiliate, KCLU 88.3 FM.

A civic-minded mother of four, Maria is also a founder of both the Thousand Oaks Civic Arts Plaza and Oaks Christian Schools and served on the Founding Board of Directors of My Friend's Place, a resource center for at-risk youth in Hollywood for nine years. Ms. Sánchez was the campaign manager for the Mayor of Thousand Oaks who was successfully re-elected in November 2014 and was the campaign manager for a candidate in the Thousand Oaks City Council special election in June 2015.

She has served on the board of directors of the Girl Scouts of the California Central Coast and the Public Relations Society of America-Gold Coast Chapter and is the co-founder, past president and current 1st vice president of the Westlake Village Republican Women, Federated.

Maria Sánchez has been the co-host of SHADOW POLITICS with United States Senator Michael D. Brown on BBS Radio since October 25, 2015.