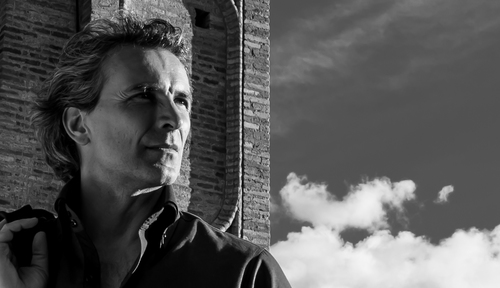 Guest Category
Performing Arts
Music
Physics & Metaphysics
Meditation
TV & Film
Guest Occupation
Unfolding Secrets Founder, Composer & Executive Producer
Guest Biography
Marco Missinato was raised in the beautiful ancient city of Rome, Italy. His gift for piano composition began blooming at the age of six. For the first twenty years of his life, Marco's relationship with music was lived privately, in his room, with a vertical piano, gift of his mother.
At the beginning of the nineties, Marco left Italy for Los Angeles to dedicate himself to his passion. In 1992 he graduated as a vocalist from the nationally acclaimed Hollywood Musician's Institute. One year later he recorded his first instrumental album "Nostalgia", which he entirely self-financed by singing Italian and international hits in restaurants and clubs. Shortly after the release of "Nostalgia", Marco met Oscar nominated actress Sally Kirkland ("Hanna") who engaged him as a composer and singer-musician in the theatrical show "Nonnie Bruce and the Power of Love". In 1994 he founded Music M his music production company.
Since he's been in the States, his music has been featured in numerous theatrical productions, as well as in the television series "Melrose Place" and "Port Charles". Between 2006 & 2010 Marco produced the albums "Soave", "Pensive Angels", "Wings of Love" and "Moonlight Walk" in a series entitled "Music from Within".
In 2013, Marco composed and produced a new album, "Unfolding Secrets", featuring soprano vocalist Kristin Hoffmann.  "Unfolding Secrets" will launch a series of global Sounds of Oneness concerts intended to uplift, inspire and bring more peace to the world.
Strongly evocative, Missinato's romantic melodies inspire listeners to open up to their highest and truest selves. His goal is to reach for the inner depths of the soul to let people feel and experience the powerful sound of music.