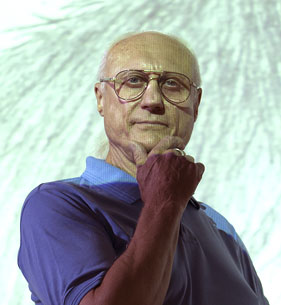 Kewaunee Lapseritis, AS, BA, MS, is a Holistic Health Consultant, Master Herbalist and Master Dowser with background in anthropology, psychology, conservation, and holistic health. His academic degrees are from: Greenfield Community College, Greenfield, Massachusetts; University of New Hampshire—Durham; North Adams State College, in North Adams, Massachusetts, and University of Wisconsin—Milwaukee. He also attended Williams College in Williamstown, Massachusetts. Kewaunee taught anthropology for one year at North Adams State College and later taught dowsing and psychic development at the Wisconsin Society for Psychic Reasearch—Milwaukee. As a world authority on the Bigfoot/Sasquatch phenomenon, he has meticulously researched the subject for the last 55 years. Mr. Lapseritis is also a social scientist and both a Sasquatch and ET “contactee.”

As a world traveler, an amateur naturalist, and avid backpacker with wilderness skills, Mr. Lapseritis spent five years out of the country living in England, East Africa, and Japan, later immigrating to Australia, and has visited over 40 countries around the globe. He was in the Himalayas in 1968 investigating the Yeti, or “abominable snowman.” In 1973, he conducted an ethnographic study in conjunction with the Colombian Institute of Anthropology in Bogota, living amongst the Tukuna Indians of Upper Amazonia.

In 1979, scientist Kewaunee Lapseritis was first telepathically contacted by a Sasquatch and an ET simultaneously, which was the shock of his life! To further complicate matters, the contact changed him and he developed psychic ability overnight, which triggered a spiritual transformation. At the time, he was assistant director of an urban Indian agency, and had been working as a hypnotherapist part-time, as well as lecturing at the Medical College of Wisconsin—a background that left him ill-prepared for such a happening.

Kewaunee has been a guest on over 420 radio and television talk shows. To date, he has been featured in 23 books and is often featured in the international press, including various newspapers. Some of the publications are: Australia’s People and Post magazines, OMNI magazine, Magical Blend, Cryptozoology (journal), Wildfire, Fate, Argosy, UFO magazine, Health Consciousness, and many others. In 1991, he was on a panel of scientists on a two-hour Bigfoot documentary on national television. Plus, he has appeared on The Discovery Channel twice. He has lectured and presented papers throughout the United States 70 different times.

There are people all over the globe encountering Bigfoot and UFOs simultaneously while the beings share information about themselves, human history, and the future of our planet. If anyone wishes to share in confidence their telepathic conversation(s) and experiences with the Sasquatch people, please feel free to contact this author and he will answer all correspondence personally. 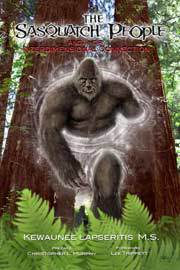