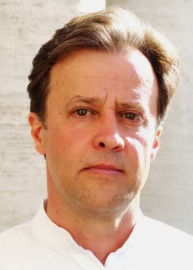 Kevin Galalae is a Canadian human rights activist, author, historian and the world’s foremost independent authority on covert geopolitical programs and policies with respect to globalization and depopulation.

For the past five years, he has sacrificed his freedom and wellbeing to expose immoral and divisive policies enacted by the United Nations and the greater international community in the name of peace and security, and has provided a socio-political alternative to global autocracy, the OM Principles.

He has fought for the independence and authority of the European Court of Human Rights and advocates for judicial reform at the national and international level to ensure that victims of structural violence have recourse to justice.

As founder of several non-governmental and non-profit organizations he is dedicated to protecting people from governments, safeguarding the future of our children, restoring the rule of law and democratic checks and balances, and preserving our fundamental rights and liberties.

In his capacity as editor and journalist he champions the integrity and credibility of the media.