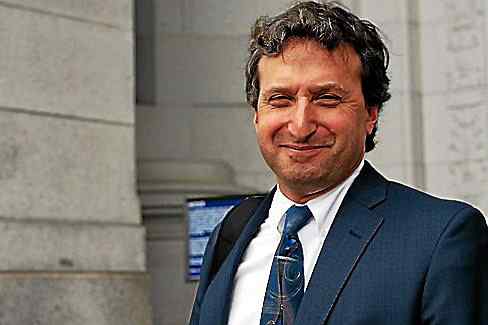 Jonathan Pelto has been actively involved in Connecticut public policy, advocacy and electoral politics for 40 years.

Presently, an investigative blogger and citizen journalist, Pelto uses blogging and social media as advocacy tools to educate, persuade and mobilize people with a focus on issues related to public education and the Corporate Education Reform Industry’s growing efforts to undermine and privatize public education in the United States.

In addition to writing a daily blog, which has become the most read commentary site in Connecticut, he has also written a number of articles about education reform issues for media outlets including The Progressive Magazine and Truthout.

In conjunction with education advocate Diane Ravitch, Pelto created and continue to manage the Education Bloggers Network, a confederation of over 238 bloggers and commentators from around the country who share a belief in public education and a willingness to use their time and energy fighting against the Corporate Education Reform Industry.

Since leaving the Legislature in 1993, he’s worked as a communications strategist developing and implementing sophisticated public relations, media relations and advocacy programs aimed at educating, persuading and mobilizing targeted audiences.  His clients have included many of Connecticut’s most significant non-profit organizations, corporations, associations and unions, as well as Native American Tribes.

Over the years he’s also managed or worked on numerous political campaigns at the federal, state and local levels including campaigns Chris Dodd, Gary Hart, Connecticut gubernatorial and congressional campaigns and many state legislative races.

In 2014, Pelto was a petitioning candidate for governor in Connecticut running as the nominee of the newly created Education and Democracy Party.  Pelto’s running mate was Hartford Connecticut educator and policy activist, Ebony Murphy.  Pelto and Murphy were not able to collect the necessary signatures to get on the November 2014 ballot.