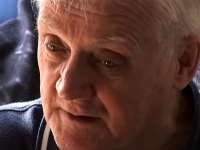 The John Searl Story is a documentary that chronicles the life of John Roy Robert Searl and his extraordinary scientific claims ... claims that, if true, could solve our world's energy crisis.

Born in England on May 2, 1932, John Searl experienced recurring childhood dreams that led him to design a revolutionary electrical generator fueled only by rotating magnets, and large discs that emulated the flight characteristics displayed by many UFOs. It is said that the first Sunday of every month between 1968 and 1972, Searl demonstrated his generators and flying discs to the general public. Television cameramen and news reporters were supposedly present for the events, and Searl claims he also demonstrated his flying disc to US military personnel.

Not surprisingly, opposition to a fuel-less device was fierce. Multi-billion dollar industries, governments and mainstream scientists were quick to label John Searl a crackpot .

He was subjected to ridicule and torment, fell victim to arson and theft, was imprisoned and left destitute. His research and devices were destroyed. But, John Searl is still alive today, and continues his mission to prove himself by rebuilding his amazing generator.

So, is Searl telling the truth? Could John Searl's revolutionary generator solve the energy crisis? The John Searl Story presents his life and machine in his own words. Special segments include:

: Interviews with John Searl and his team
: Photos of levity discs in flight
: News articles about Searl and his flying discs
: Evidence of Searl devices and technology
: Eyewitness interviews
: Film footage of Searl's discs and generator
: Analysis of Searl Effect technology
: Searl's dreams and The Law of the Squares
: Debate between believers and skeptics
: Today's effort to reconstruct the SEG